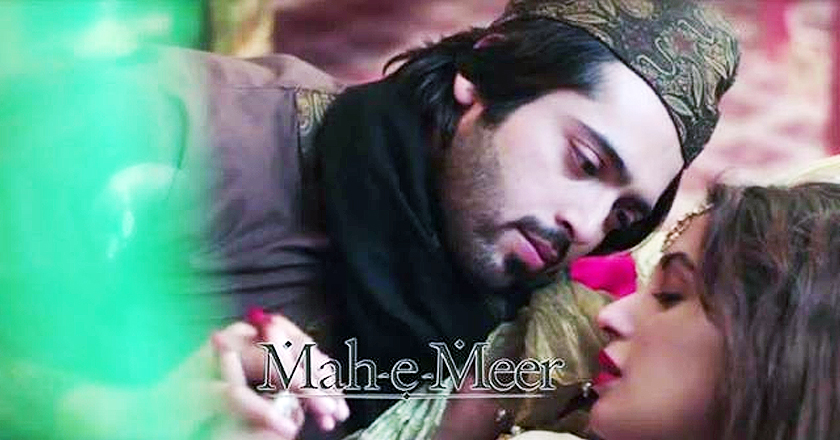 Mah-e-Meer has released a never before seen video of Fahad Mustafa in the titular role of Mir Taqi Mir.

It is based on the life of a famous poet Mir Taqi Mir, his conflicts with the royal court, his troubled relationships and his career as a poet.

Mah-e-Meer, meaning the promiscuous moon, follows the struggle of a contemporary poet and draws parallels with events in Mir’s life.

With its royal Mughal era settings, soulful music and intense acting, the 120 minute movie is currently in its post-production phase.

The release date has not as yet been announced.