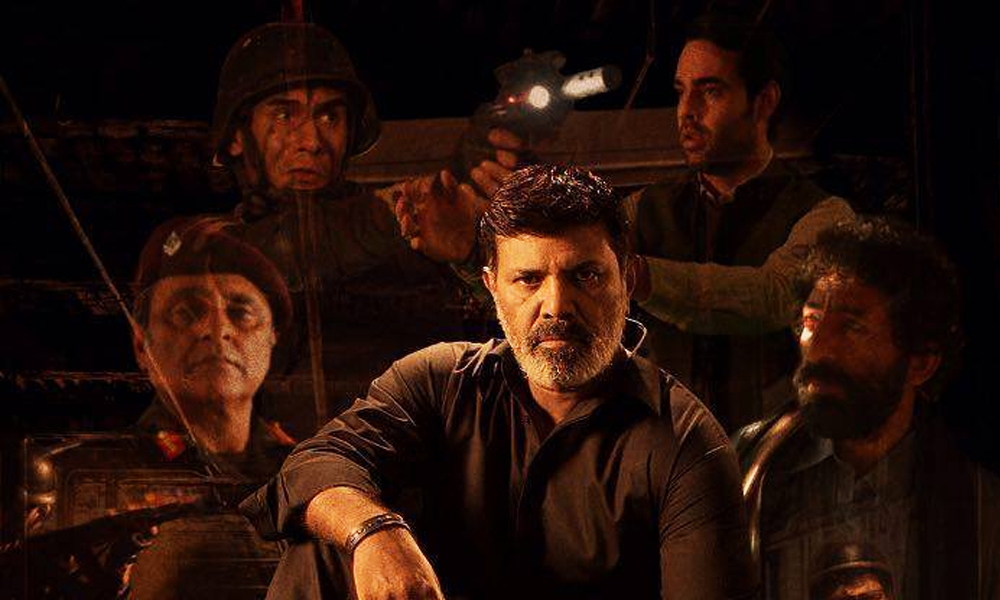 Sindh High Court has lifted the ban on Maalik movie by Ashir Azeem that released back on April 8th2016. A ban was put on the movie’s release by Federal Information Industry. The director, Ashir Azeem had challenged the unfair ban on the movie placed by federal government. The feature film was not allowed to be screened nationwide. However, the new release date for the movie has been announced and it is 9th September.

The federal government had clarified that the reason for the ban on the movie was an extremist Afghan character who was commemorated as a national hero in the movie.

Led by SHC Chief Justice Sajjad Ali Shah, a two-judge bench declared the judgment that was previously held after considering the director’s arguments and others.

Issuing the ruling on the director’s petition SHC declared the ban by the government as void- this allowed Azher Azeem to release the film nationwide.

As Samaa news reports, Azeem was pretty delighted after the decision was taken- the screening will soon take place once distributors of the film meet the director.

While  the controversial flick Maalik by Ashir Azeem was banned all over Pakistan three months ago, it is all set for a mega release worldwide on 26th August 2016.

Creating a major buzz over social media; Maalik’s ban ignited a ‘state control vs freedom of expression’ debate. Despite the ban in Pakistan, Maalik  is now releasing worldwide.

Maalik is releasing in Canada on August 26, in the following Cinemas. More Cinemas will be added as confirmed. https://t.co/eLXxeXQbma

The movie is now all set to release in Canada, the Middle East, United States, United Kingdom and Australia.  The team of Maalik took to social media to share the good news.

The movie is now all set to release in Canada, the Middle East, United States, United Kingdom and Australia.  The team of Maalik took to social media to share the good news.

Maalik is coming soon to Cinemas in GCC, US, Canada, UK and Australia. https://t.co/A0J5eFqwTE

It was revealed earlier that the movie’s depiction of corrupt politicians especially in the Sindh province is what led to its ban. “The information ministry reserves the right to ban any film at any time. Maalik has been banned because it shows a former chief minister as a man of corruption and opulence,” he said

View the Maalik movie trailer below:

Despite Sindh High Court’s word on the movie’s release in Pakistan, the film is all ready to make waves internationally. Let’s hope it does well!

The Federal Government replied to Sindh High Court on Tuesday, explaining why the movie Maalik was banned. The Urdu feature film was released back in April 2016. The federal government clarified that the movie portrayed elected representatives in a bad light. The film also criticized the National Action Plan and Pakistan’s judiciary.

Federal government further highlighted that since the current politicians are portrayed in a negative light, they have also indirectly made fun of the voters who are responsible for choosing their leader.

The real reason why the movie was banned is because the entire country complained about the movie.

After 3 weeks of the premiere of Ashir Azeem’s directorial debut Maalik at theaters across Pakistan, the federal government has banned the movie again.

As per the notification issued on Wednesday, the Ministry of Information, National Heritage, and Broadcasting declared the movie as  ‘uncertified’ in accordance with the Section 9 of the Motion Pictures Ordinance, 1979.

“The information ministry reserves the right to ban any film at any time.Maalik has been banned because it shows a former chief minister as a man of corruption and opulence,” an official of the ministry stated.

Talking to a local newspaper, Ashir Azeem said; “Even I don’t know why the film has been banned,” he said.

The Information Ministry issued a notification and canceled the censor certificate since the movie is based on corruption. As Ashir Azeem stated, some ministers were displeased with the government being constantly criticized in the movie. He revealed that after the Sindh Government objected, the word Cheif Minister was censored and replaced with a beep.

On the contrary, KPK Information Advisor Mushtaq Ghani stated that the film Maalik will be screened across all cinemas in the province since KPK has its own film censor board.

The ban imposed on the movie Maalik  was revoked yesterday by the Sindh Board of Film Censors (SBFC) according to the media. An official notification was issued by the provincial censor regulating body banning the Pakistani film Maalik.

This shocking move was made after getting an official permit to be shown in cinema houses across the province and three weeks after the movie was released countrywide. The notification included this statement; “Viewed the said film which was being exhibited in contravention of the provisions of the Sindh Motion Picture Act 2011, whereas the following excised portions were intact in the film.”

As per the above statement, the particular scene in the movie showing the chief minister taking an oath in the movie was the ‘excised portion’.

Later, as per Geo News the provincial censor board revoked its notification concerning the ban on the film.

Aashir Azeem, who directed the film Maalik stated; “Yes, a ban was imposed on the movie, however, now the media reports are saying that it has been removed”.