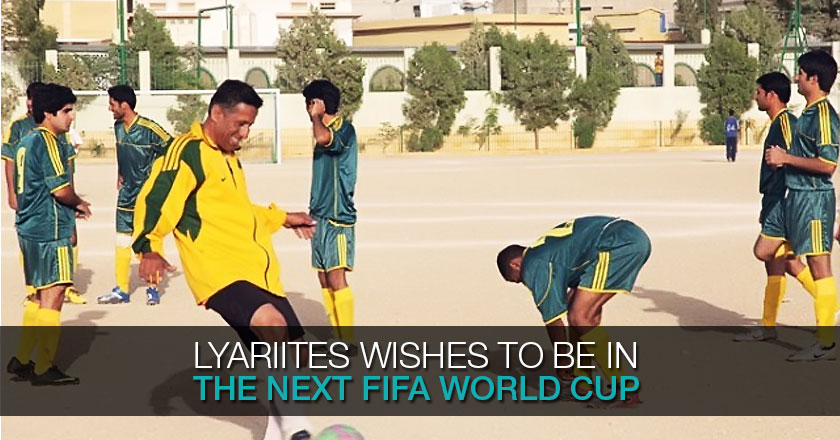 Lyari, a small and dilapidated town of Karachi where people are genuinely zealous about boxing and football, is also referred as “Mini Brazil”.

Almost everybody in Lyari sits in front of a small TV screen and watches the enthralling  FIFA World Cup matches enthusiastically. It portrays their love for sports and reveals that passion for football runs in their blood to an extent that even their kids are inclined towards the sport.

Let’s have a look at the video representing their zeal about FIFA World Cup 2014.

The people of Lyari demand that a foreign coach should be appointed to train these young children. They believe that if a team from Lyari gets a chance to participate, they will surely reach the semi finals and Pakistani jersey will be seen in the World Cup.

The players who represented Pakistan internationally at the the Street Child World Cup 2014 and beat India were mostly from Lyari.

There is no doubt that we have immense talent in our country and lyari outstands when it comes to football; instead of highlighting the unnecessary terrorist details of the town, it’s better to stress upon the positives energy that prevails among the Lyariites.