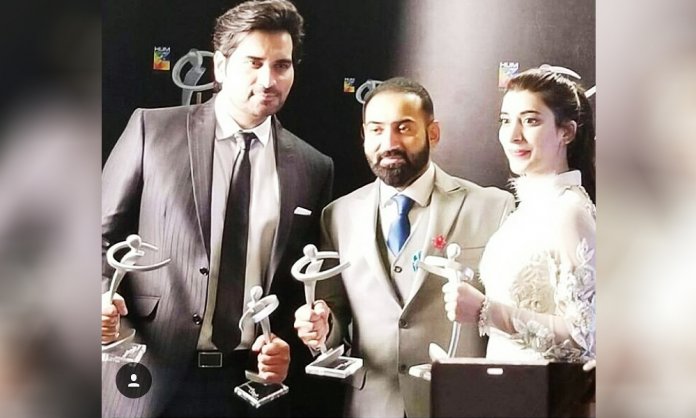 Film and TV Awards in Pakistan are always considered controversial even before the winners are announced and Lux Style Awards in 2018 aren’t much different.

At a time when hardly a dozen (16 to be exact) films were released in Pakistan, the audience was hoping that the most deserving would get the award but in fact, the most expected did.

Let’s take a look at the few snubs of the last evening where winners were actually the losers and the losers were hailed as winners.

As usual, #MahiraKhan won the Best Actress award for her film #Verna in #LSA2018. #Nishsays @MahiraKhan

Verna was an average low-budget film and the only reason why Mahira Khan got an award for it is because she is the Lux girl.

Through this logic, we will have a tie next year between Maya Khan, Mahira Khan and Mawra Hocane who have releases this year (Teefa In Trouble, Saat Din Mohabbat In and Jawani Phir Nahi Ani 2) while Mahira might be a nominee in 2020 because of her involvement in Maula Jutt.

On the other hand was Mehwish Hayat who danced her heart out, looked great, acted better than all and gave more expressions in one sequence than her competition did in entire films lost for the second time in as many years.

Last year Lady Lux snatched her award with Ho Mann Jahaan and this time Verna won. If things don’t improve in the LSA camp, we might not have nominees from outside the Lux camp in coming years and that will damage their (remaining) credibility a lot.

Here is #JavedSheikh’s 😍🙏❗️🙌🏻💯acceptance speech for Best Supporting Actor in Film for #NaMaloomAfraad2 and here it is, recorded especially backstage. A shout-out to all the divas out there – you know who you are – you have to keep your feet on the ground in order to aim for the skies! #LSA2018 #backstage #lsa #javedsheikh #socialistaanupdates #socialistaancelebrity #socialistaanworld

That way, actors like Sohail Ahmed wouldn’t have missed out an award for a once-in-a-blue-moon film appearance.

Congratulations Ahad for winning the Best Actor Award at #LSA18. 🥂 You deserved the win and I'm so proud to be you fan. 💕 Keep shining handsome boy. ✨ #ahadrazamir @ahadrazamir As Sajal said – #yourewinningiknow #youalreadywon 💓 @sajalaly

The writer and director of Sang e Mar Mar won the awards for Best Script and Best Director but the main actors were ignored notably Noman Ijaz and Sania Saeed. Noman Ijaz was nominated for some other play hence the award went to 2-drama old Ahad Raza Mir for Yaqeen Ka Safar whereas Sania Saeed didn’t bother about the nomination since her fans’ love is her biggest award.

Those who saw Saawan were bowled over by the acting prowess of Najeeba Faiz who played the mother of a disabled boy who is left behind after a ‘plague.’

No actress in recent years has been that convincing as a mother who loves her kid and it would have been great has Najeeba won the award.

However, it went to the most popular character of the year – Durdana – played by Urwa Hocane in Punjab Nahi Jaungi.

I will not blame writer Khalil Ur Rehman Qamar for turning his attention towards directing with Kaaf Kangana because, in Pakistan, we don’t have the Best Writer category that could get them an award.

They come up with better films than their colleagues yet end up without an award because they aren’t considered award-worthy.