Home Entertainment Movies Load Wedding Trailer: Indians Give it a Thumbs Up!
Advertisement 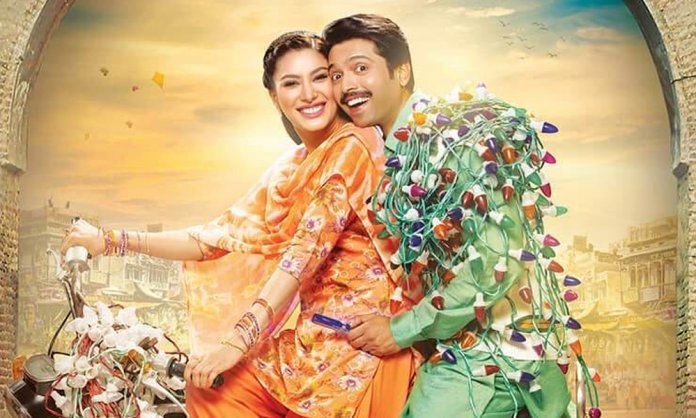 And here comes the trailer of the most anticipated rom-com film ‘Load Wedding’, starring none other than the handsome hunk Fahad Mustafa and the beautiful Mehwish Hayat which is all set to release this Eid ul Azha.

The official trailer of this movie was released yesterday and in no time, it created an uproar over social media.

Even people from the other side of the Wagah border loved the official trailer and shared it because it was something that happens in both India and Pakistan.

Various Youtubers have given their reviews to this amazing trailer. There is no surprise that most of the reviews turned out to be positive.

One of the famous Indian reviewers, Jammu Reacts, watched the trailer and said that the movie has a fun element and the storyline looks catchy.

This movie has romance, songs, and love. What else do you need in a movie? It’s a must watch the movie and you people need to watch it

Another YouTuber, Vikviviaa Entertainment, reacted to the trailer and sent his best wishes to its makers.

Fantastic trailer! The chemistry between the two actors was just fantastic. This movie has every required element. It has melodrama, love, comedy, it is a complete package. I am absolutely in loved the trailer. Its good to see that Pakistani is coming up such catchy stories. I wish the team best of luck!

Written by the most successful duo Fizza Ali Meerza & Nabeel Qureshi and directed by Nabeel Qureshi, this upcoming movie is produced under the banner of Filmwala Productions and will be released by Geo Films in collaboration with IMGC Films in Pakistan and Zee Studios worldwide.