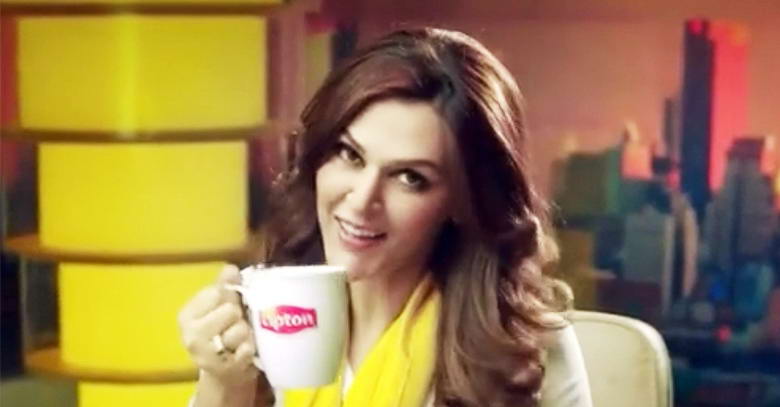 By Zulfiqar Ali Sajwani
It seems that some brands are tired of being a symbol of sophistication and class. They are ready to compromise on their brand essence to achieve recall. Why do we say that?

Anyone who has seen the recent Lipton commercial featuring ‘Sana Bucha’ and the ‘Banana News’ anchors can vouch for our opinion.

Lipton took Sana Bucha’s clutter breaking journalism and fused it with the tangy humor of the banana news brothers to communicate the outstanding price cut of Rs. 60 on lipton’s pouch. But on the other side, a variety of core dimensions of the brand suffer because of this experiment.

The commercial starts in a typical Pakistani news style as anchor emphasizes on how the country is in a critical situation due to inflation, which is then followed by sarcasm regarding the ‘price cut’ on fuel prices.

One can see the kings of subtle humor imitating what generally happens on Pakistani current affair talk shows. From bullying to word bashing, the banana news brothers portray the unfortunate hooligan attitude of our politicians with sheer sarcasm and wit.

Not in line with Lipton’s brand image.

Unfortunately for Lipton, the commercial is nothing but a disappointment for its true fans. We agree that it is a brave attempt to travel the roads of humor, but the way the ad is conceptualized is not in line with the image of the tea brand with a strong legacy.

There is a huge cloud of confusions that has emerged instantly after the airing of the ad. Where as some say that Lipton is facing a serious challenge in achieving high sales, some say that this is an attempt to widening its target audience base to SEC C from SEC A.

Then there are rumours that this ad is a gimmick to generate a word of mouth for the ‘forgotten’ brand.

The ad bears obvious resemblance to the famous telecommunication brand Ufone, where we see the actors using humour to catch the attention of audience.

Undoubtedly, this formula bears a high success rate but the marketers of Lipton should have kept in mind the fact that Ufone is a young brand, with an entirely different positioning from Lipton. Advertising is a game of perceptions, and one blunder can bear serious consequences.

Another serious blow that the brand can face is the competitive ad of Tapal Tea bags. It seems that Tapal is ready to take the seat of Lipton and give the message of sophistication with clarity. The ad is receiving an outstanding response for its elegant execution and brilliant attribute depiction.

The marketers of Lipton need to realize that loyal customers may not digest such paradigm shift in the positioning of the brand. There were many other ways to communicate the price cut while maintaining the prestige of the brand and at the same time achieved mass attention.

The TVC is running our television screens and people are talking about it. Whereas the Lipton fans are mourning the sad demise of their beloved brand’s true essence, we are curious to know the impact of this commercial on Lipton’s sales and brand equity.