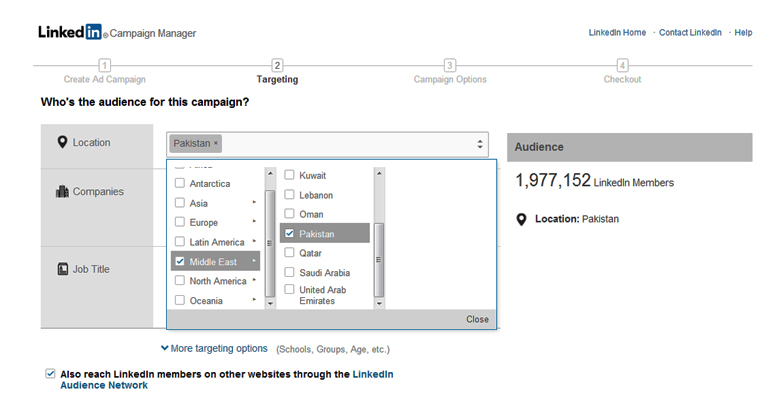 Pakistanis are known to be active on every social networking websites therefore LinkedIn stands as no exception with the total count of Pakistani professionals soon to touch a 2 million mark.

LinkedIn is one of the world’s largest forums for professionals to interact all across the globe. Founded by Reid Hoffman in 2002-03, LinkedIn currently has more than 238 million active users worldwide.

As far as Linkedin’s database is converned, Pakistan is placed under the geographic region of, ‘Middle East’.

Now, academics claim that most of the big names in global business have their own designs for administrative distribution of regions.

However, LinkedIn remains to be in use of normal professional, who may not be savvy with these ‘ways’ of geographic placements corporates use.

A normal LinkedIn user would only open this certain segment of the website only to find out that Pakistan is placed in Middle East with Qatar and Saudi Arabia. Whereas India and even Bangladesh remain to be placed appropriately under Asia’s tab.

LinkedIn may have been using the method for its own convenience or any other code that they might follow, but for millions of Pakistanis or for any other countrymen, it can be deemed a bit offensive to find their country under another continent’s tab.

As for LinkedIn globally, there is no competitive that threatens LinkedIn’s position even remotely. As the only two competitors, Viadeo and XING, stands at 50 million and 10 million members respectively.