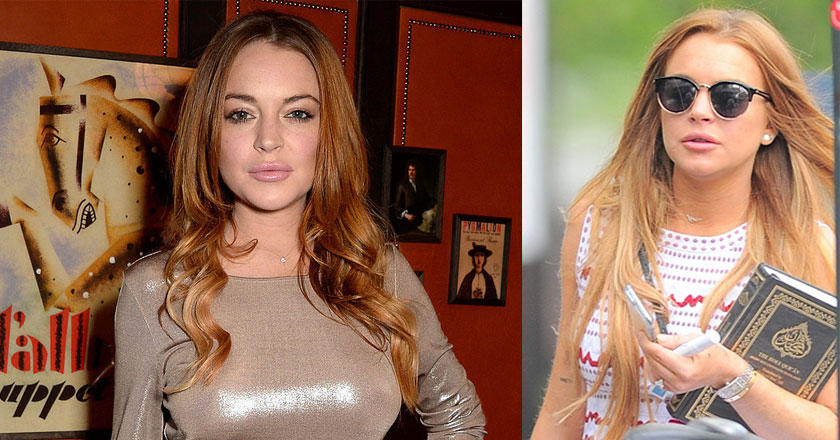 Party girl Lindsay Lohan was recently snapped with a copy of the Holy Quran after her first day of community service in Brooklyn, New York, on Wednesday.

The 28-year-old Catholic actress held a hard copy of the Muslims’ holy book in her arm as she finished a day of office work at a children’s center.

It appears she is turning to all other religions for her ‘emotional detox’.

During the height of her fame as a teen star, she wore a Kabbalah red string bracelet, which wards off misfortune brought about by the ‘evil eye’. She was also rumored to be attending Kabbalah classes.

Last year Lindsay described herself as a ‘very spiritual person’ in a documentary series with Oprah Winfrey.

‘I’m a very spiritual person and I’ve become more spiritual as time has gone on,’ she told the talk show host.

The starlet has almost all of the 125 hours of community service handed down to her following a 2012 car crash in Los Angeles to complete and she has until the end of this month to do it. She had pleaded guilty to reckless driving and lying to police.