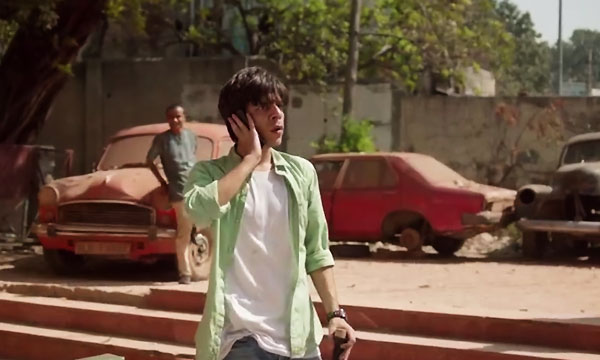 Here we have another Indian Ad which is a hilarious depiction of how a young boy aka Bittu runs from pillar to post for his sister’s rishta guests. In the end, he quests his thirst with a chilled bottle Ad is of Limca.

The overall Ad is funny despite the weak link development between all the running and food shopping to the thirst-quenching with Limca. However, what catches our eye even more so is that kid in the Ad. Yes ! the shareef  and infamous Bittu  is none other than the same boy who has just played Umair, the Pakistani boy in the Shan Foods viral advertisement titled as Khushiyan Chak Lo.

Conceptualized by Leo Burnett, the Ad, like most Indian Ads it’s a fun watch, take a look:

Limca is a lemon and lime flavored carbonated soft drink made primarily in India and certain parts of the U.S. Positioned as a brand which depicts itself as an integral part of the quirky and traditional culture of the country. The new tagline for the brand is “Limca Waali Pyaas”. This beverage is part of Coca Cola Company in India