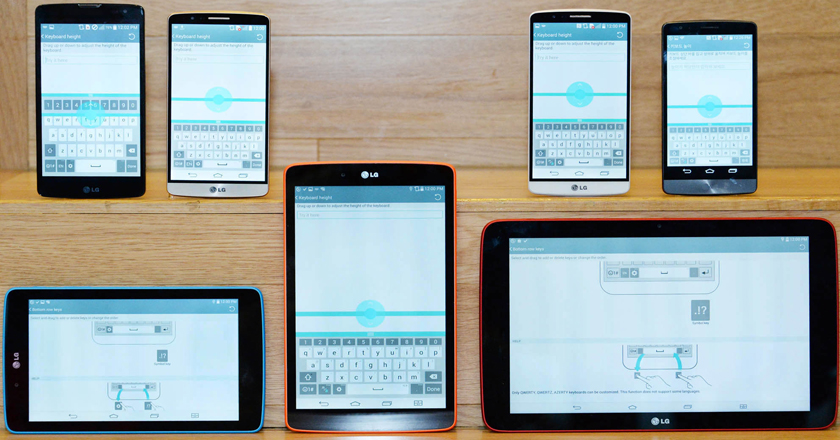 LG Electronics (LG) will begin standardizing its proprietary UX features, first introduced in the new LG G3, across most of the company’s mid- to entry-level smartphones and tablets launched in the second half of this year.

The 2014 Red Dot Communication Design Award judges also applauded the LG G3, with a total of three “Best of the Best” awards for its intuitive UX features.

“With the basic principles of the G3’s UX features rooted in making complex technologies simple and convenient, our goal was to provide consumers with a user experience they genuinely need and want,” said Dr. Jong-seok Park, president and CEO of LG Electronics Mobile Communications Company.

He further added, “Standardizing these features across our entry- and mid-tier mobile products is just a natural extension of our desire to make every LG device feel premium and unique.”

A simplified camera displaying only the most frequently used menus is one of the UX features that will be standardized across mid- and entry-level LG smartphones. One of the key camera features is Touch & Shoot, which helps capture special moments quickly and intuitively by letting users tap anywhere on the display to focus and trigger the shutter in one single step, eliminating a time-consuming two-step process.

Opening and closing one’s hand in front of the lens starts a three-second countdown before triggering the shutter for brilliant, blur-free selfies. Clean View offers a full, clutter-free preview interface by removing all camera menu icons from the screen.

Another UX feature to be standardized is Smart Keyboard, which reduces input error by up to 75 percent by tracking and analyzing typing habits and intuitively “knowing” what words the user intended to type.

The keyboard can be re-sized to better fit the user’s hands and thumbs. Long-pressing the space bar and sliding the thumb or finger left and right repositions the cursor for faster editing.

LG’s point of differentiation has always been through bringing innovations in the technology while making it simpler. The difference is not only seen in its phone’s but also makes its smart TV’s stand out from the rest like its latest gaming monitor.