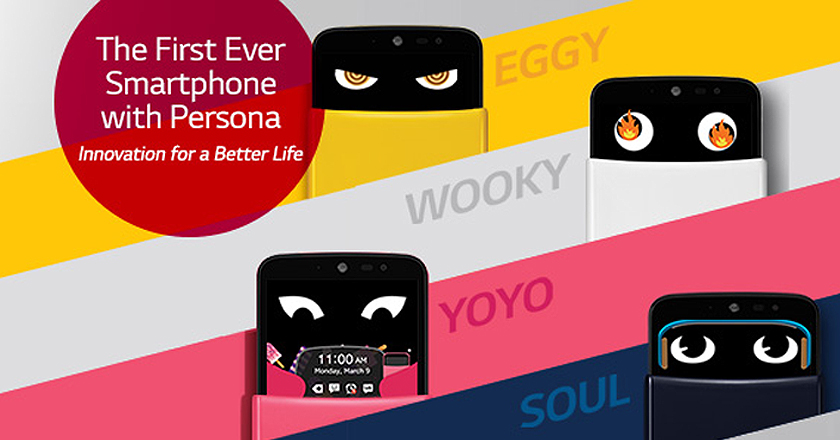 Giving a funky touch to the smartphones, LG is back with personality smartphones!

The new smartphones, coined AKA or ‘The Phone with Emotions’, allow people to choose phones according to their personalities. Tailored for 4 different personas, LG AKA comes in yellow, pink, white and blue color.

Each phone, with a different color, has a different set of cartoon eyes peeking from the top of the phone representing the said personalities.

The differently shaped eyes are tuned in with the phone notification settings via Emotion UX element, due to which they change color according to the type of notification received, depicting different emotions.

What’s more amazing is that users can further customize their phone personalities by adding funky glasses and eyebrows. With these new smartphones come Art Toy figurines and tickers that can be snapped and then used along with the users’ selfies.

Priced at USD 450, the LG AKA smartphones will be available all around the world over the next couple of months.

The mid-range device has following specifications:

Check out the LG AKA Commercial: