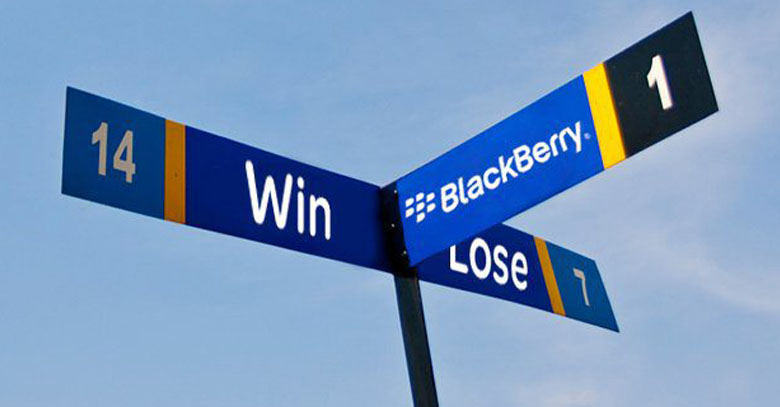 In a very unorthodox fashion, BlackBerry has written and is planning to publish a 660 word ‘plea letter’ to its consumers worldwide. It is basically an appeal to its loyal customers out there to keep faith in the company and bear with them through this rough patch.

During the two years of failed attempts of trying to revamp its image, BlackBerry has watched its consumer base being snatched away by the likes of Apple and Samsung; leaving it with nothing but a not-so-impressive handsets and an outdated operating system.

“You’ve no doubt seen the headlines about BlackBerry,” the letter reads. “You’re probably wondering what they mean for you as one of the tens of millions of users who count on BlackBerry every single day. We have one important message for you: You can continue to count on BlackBerry.”

The letter includes five point arguments on how BlackBerry will magically come out on top and will ensure its survival as a once global leader in Smartphone’s industry.

BlackBerry wraps up the letter with a final plea to its users: “You have always known that BlackBerry is different, that BlackBerry can set you apart. Countless world-changing decisions have been finalized, deals closed and critical communications made via BlackBerry. And for many of you that created a bond, a connection that goes back more than a decade. We believe in BlackBerry—our people, our technology and our ability to adapt. More importantly, we believe in you.”

The last few months haven’t been easy on BlackBerry either, having come face to face with its fate in the mobile business, it tried to shift its focus on supplying global companies with mobile phones and software’s. Even the rumored $4.7 billion sale-off deal with Fairfax is said to be facing challenges.

According to sources, BlackBerry has announced major layoffs and now major players in the market are offering competitive bids for all or parts of the company. These bidders include Google, Cisco Systems, SAP and even the company’s founders.

Morgan Stanley and UBS AG are “holding off on a switch to BlackBerry 10” and Credit Suisse Group AG isn’t looking to upgrade its operating system. Also, Jabil Circuit, an electronics supplier to the company, is rumored to end its operations with the company soon, which has “raised speculation that BlackBerry will stop making phones altogether,” Bloomberg noted.

After listening to these rumors, it seemed BlackBerry had the most ruthless farewell planned for itself but it is still looking for a last chance at redemption.

With sentiments running high, it looks like BlackBerry is looking to confide as much in its customers as possible. Let’s see how much support BlackBerry gets from the public as it sets foot on a very important journey up ahead.