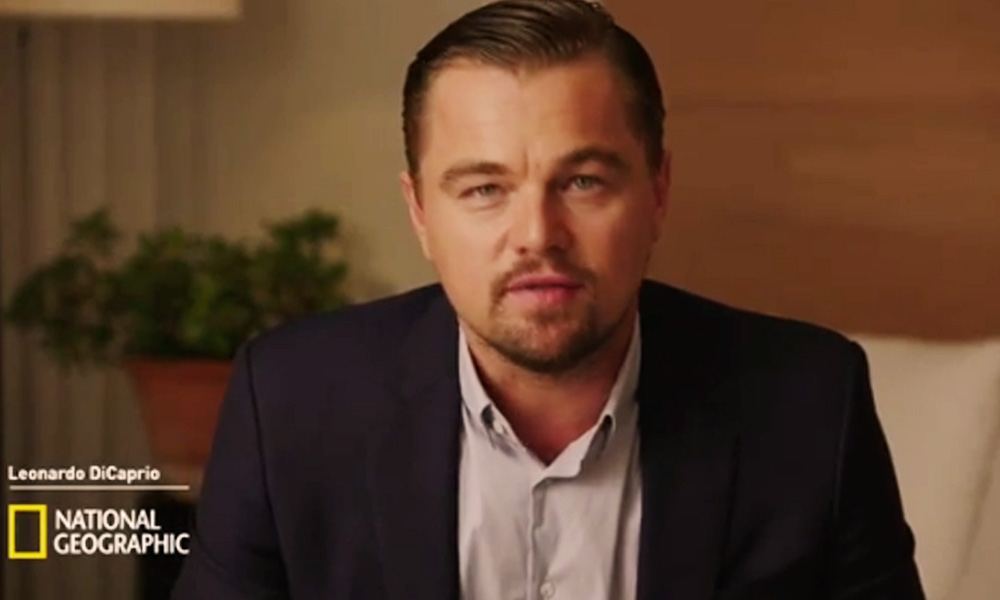 Academy Award winner, Leonardo DiCaprio is set to feature in a new release, however, this is quite different than his previous fictitious work. Starring in NatGeo’s documentary titled, ‘Before The Flood’, he meets with people across the globe to discuss the severity of climate change.

He is joined by other big names including, Martin Scorsese, Trent Reznor & Atticus Ross, and Mogwai, in the hopes of making this documentary worth the watch.

Before the Flood documentary made its television debut on National Geographic in 171 countries and 45 languages on Oct. 30, Sunday.

Proud to announce that #BeforetheFlood will be available to stream for free on October 30th! @FisherStevens and I set out to create a film that would educate people on the urgent issues of #climatechange and inspire them to be part of a solution. We applaud @NatGeoChannel’s commitment to bringing this film to as many people as possible.

This thought-provoking documentary is directed by Academy Award-winning filmmaker Fisher Stevens, adding another star to the already star-studded production. The documentary reflects DiCaprio’s perspective  as he learns more about the everlasting effects of climate change.

He can be seen overlooking the melting of the polar ice caps, the burning underground mines, buildings instead of conserving trees and rising pollution with a grim look on face in the trailer that was released October 3rd.

#Regram #RG @unitednationshumanrights: How does #climatechange relate to #humanrights? At #COP21 in Paris, all States agreed to respect and promote human rights in efforts to stop climate change and adapt to its impacts. Why? Climate change is a threat multiplier. It jeopardizes a wide array of internationally guaranteed human rights. Learn more about the connections and share OHCHR’s Key Messages on Human Rights and Climate Change: http://ow.ly/aBv7304Xbvp. Demand human rights in climate action at COP22.

#Regram #RG @guardian: That smoke you see coming through the trees is from a fire burning through a pine forest in Aceh Besar, Indonesia. Hundreds of hectares of pine forest were burned this week to clear new land for plantations. While this is a common practice used, local authorities categorise the action as an illegal act that may damage forests. Photo: Hotli Simanjuntak/EPA #palmoil #environment #fire #indonesia #climatechange

He delves into topics of greenhouse gases, and political figures disbelief in climate change. There are many personalities shown in this short trailer including Elon Musk, Ban Ki-Moon and also the Pope.

Watch a clip from #BeforetheFlood as I sat down with environmentalist Sunita Narain in India. Join the movement by texting FLOOD to 52886 & tune in on 10/30. 4 days left until #BeforetheFlood airs on @NatGeoChannel.

After his screening of the documentary at The White House, he held a discussion with US President Obama and climate scientist Dr Katharine Hayhoe and stated,“If you do not believe in climate change, you do not believe in facts or science or empirical truths, and in my opinion you should not be allowed to hold public office.”

Thank you Secretary General Ban Ki-Moon, Secretary John Kerry and Piers Sellers for joining us tonight and for all your work to help protect our planet. #BeforetheFlood

The film will air on National Geographic on 21 October, days before the election on November 8th to shed light on the fact that political figures hold importance in the views of the masses.