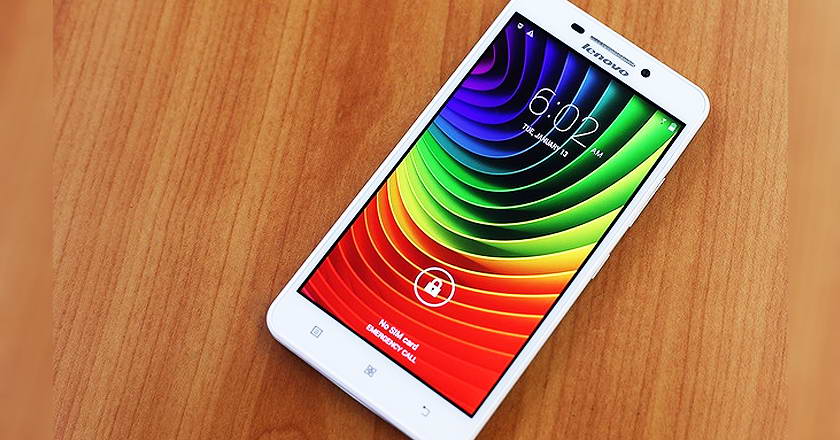 Lenovo has quietly launched its rumored ‘A5000’ A series smartphone. The Chinese giant’s newest creation had been rumored for some time and leaks of A5000 flaunting a massive battery caused an uproar in the smartphone market. They were confirmed when the official announcement was made by Lenovo. By massive I mean a whopping 4000mAh battery.

It’s good to see LENOVO keeping its roots alive as some of their very first smartphones and phablets sported large batteries able to last 1.5-2 days with some solid use. Rumor has it, the A5000 can last even more.

So let’s see what LENOVO is offering in its latest smartphone:

A5000 has a plastic body design. The physical size of the phone measures at 140×71.4x10mm and it weighs a heavy 160 grams. One of the most appreciable feature of the phone is a nano-coating which provides rain and splash resistance thus keeping your phone safe from accidental spills or rain showers. Also the glass is scratch resistant.

The colors being offered for the phone are limited to traditional White and Black.

A5000 boasts a 5-inch HD display at 720p (720 x 1280 pixels) with a pixel density of 294ppi. But don’t be disappointed by the 720p because the display used is an IPS LCD. IPS LCD gives bright colors, better touch response, better daylight visibility, sharper image and a crisp definition which translates to an amazing phone experience.

A5000 is powered by a 1.3 Ghz Quad Core Processor MT6582 by Mediatek. The GPU for the phone is a Mali T760MP2. The phone boasts 1 GB RAM and has a built-in storage of 8 GB which is expandable via micro SD card.

The biggest selling feature of the phone is the 4000mAh battery which is claimed to last up to 792 hours on standby which translates to an amazing near 33 days on a single charge. The talk time for the phone is rated at 17 hours.

Lenovo touts that the Quick Charge feature in the smartphone allows the massive battery to be charged within a time of 3 hours. Also that just a 15-minute charge is sufficient enough for a talk time of 4 hours.

Network options are limited to 2G and 3G. Unfortunately, no 4G LTE is supported with Dual SIM support.

The array of sensors in A5000 includes ann ambient light sensor, proximity sensor and an accelerometer.

The A5000 has an 8 Mp shooter as the primary camera with a LED flash and auto focus feature. The video resolution can be set up to 1080p and the HDR feature helps you take amazing pictures in the dark as well as glaring light conditions. The front sports a 2MP fixed focus camera for your selfie and video calling needs.

The A5000 has the older Android 4.4 KitKat as its operating system, but an update may be released later for the Lollipop.

The price is another interesting feature of the phone and will give a tough competition to local and foreign phone makers. A5000 is priced close to 227 US dollars and has been released in different markets. In India, this phone has been launched just recently with a price tag of 10,250-10,750 INR.

Expect it to launch in the Pakistani market soon as recently on Saturday I saw a promotion going on by the LENOVO activation team. Who knows the phone might arrive here just today.