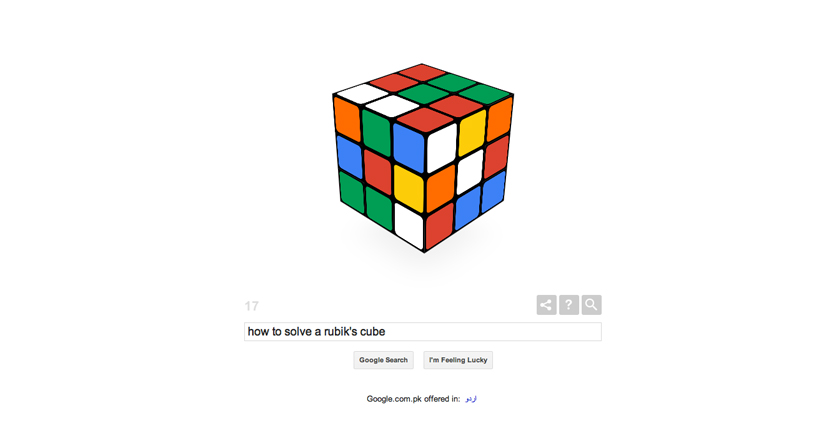 It has been four decades since the world is trying to solve this frustrating yet interesting puzzle and today Erno Rubik’s cube is celebrating its 40th anniversary.  Even Google has also paid its tribute to the creator of Rubik cube through their famous Google Doodle.

Initially introduced as ‘Magic Cube’ in 1974 by Erno Rubik as a teaching tool for the students of interior designing at the Academy of Applied Arts and Crafts in Budapest, this logic game and math puzzle develops critical thinking and spatial reasoning skills.

Erno Rubik did not realize that he had created a puzzle until the first time he scrambled his new cube and tried to restore it. Rubik obtained Hungarian patent for his Magic cube.

The interesting fact about this puzzle is that the fastest time it has taken for a human to solve this puzzle is 5.5 seconds and a robot can do it in 3.253 seconds.

For all those who want to celebrate Rubik Cube’s 40th birthday, here is how you can solve it.