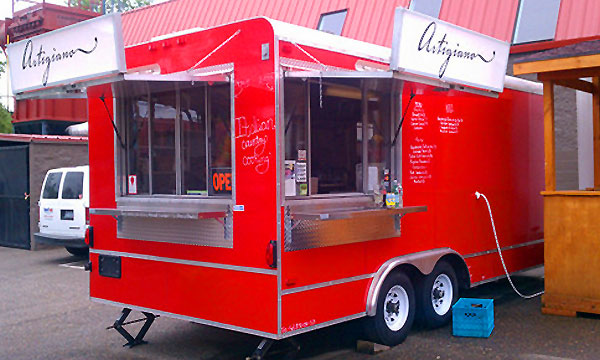 After the crackdown against substandard food and unhygienic food outlets, the Punjab government is planning to introduce yet another initiative to make clean and hygienic food accessible to all.

The divisional administration, under the directives of Chief Minister Shahbaz Sharif, will start a pilot project for introduction of model push carts for food vendors in Lahore, which would extend to the entire metropolis and Multan and Rawalpindi districts as a mega project.

These modern pushcarts are designed by experts from the National College of Arts, University of Engineering and Technology, Art and Design College Punjab University, Punjab Food Authority, Punjab Small Industries and a private firm.

Street-side food and snacks are quite popular among citizens because of its lower cost. Commissioner Lahore Division, Abdullah Khan Sumbal, said that the aim of replacing old food stalls with modern pushcarts is to ensure hygiene standards of the roadside food.
The convenience of food vendors is also kept in mind.

The commissioner added that vendors would be provided with the model pushcarts on interest-free loans by Akhuwat, Pakistan’s largest interest-free microfinance organization. He said the government will also grant subsidies to the vendors so they may not be stressed and overburdened financially.

A Jury consisting of MPA Waheed Gul, Additional Commissioner Coordination and Punjab Food Authority and Dr. Amjad Saqib, chairman Akhuwat, selected seven pushcarts models which were inspected by Lahore commissioner at his office. They will be further examined by CM Punjab for final approval.

The newly-designed pushcarts will beautify Lahore’s burgeoning street food scene while improving food hygiene and cleanliness standards. It is yet to be seen when will the pilot project start officially and how many pushcarts would be given under the project.