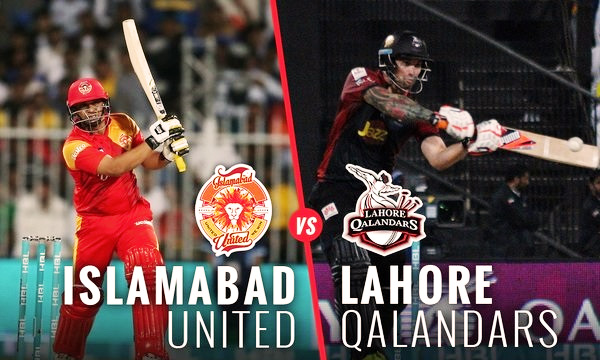 UPDATE: Islamabad United has defeated Lahore Qalandars by 5 wickets in convincing manner and hence the their journey of PSL T20 2016 ended.

Karachi Kings has qualified as number fourth team in for the playoffs.

.@lahoreqalandars have been knocked out! @KarachiKingsARY go through to the playoffs! Summary pic.twitter.com/mxRUcckBmA

Lahore Qalandars will battle against Islamabad United today in the last match of the PSL T20 2016 to qualify for playoffs.

The continuous dismal performance of Lahore Qalandars has driven them to the verge of possible ouster, and their access to the next stage is also preconditioned to the defeat of Karachi Kings in today’s first match.

Having T20 match winner players like Chris Gayle, Umar Akmal and Dwayne Bravo, Lahore Qalandars could not meet expectations of their fans and lacked on the bowling side which is why they lost even after scoring 202 runs against Gladiators last night.

The team also struggled to make a winning combination despite experimenting with too many options in the earlier matches. On the other hand, Islamabad United had to face problems due to injuries faced by Shane Watson and Misbah ul Haq early on, but they have gained momentum now; just the right time!

Qalandars have put all their hopes into Chris Gayle and Umar Akmal in batting while Ehsan Adil can surprise the opponents like he did in the previous game. Misbah and his team will go with full force against Qalandars to finish off this stage in style.