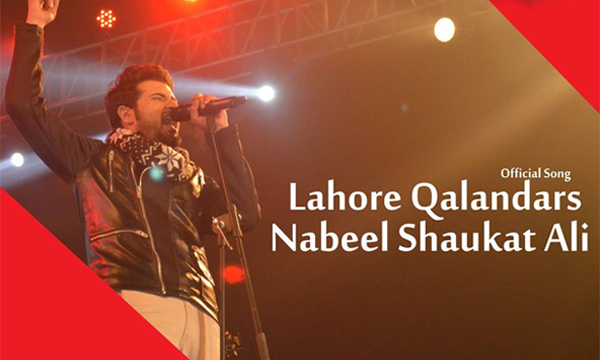 After releasing its energetic anthem sung by Asrar, Lahore Qalandars – one of the five official Pakistani Super League Teams have released their Team song by the very melodious Nabeel Shaukat.

The official song was released in a grand ceremony held in Lahore where Shaukat gave took over the audience with a live performance.

See some highlights from the event:

The preparations for PSL 2016 are at peak as all teams are busy rolling out their promotional campaigns.

Pakistan T20 league is all set to take place on February 4 and will be guarded till February 24 in Dubai and Sharjah. Seven companies have participated in the franchise bidding process of the Pakistan Super League (PSL) on Wednesday in Lahore.

PSL will take place on February 4 in Dubai and Sharjah where the league will host 24 games in 20 days.  The league includes experienced cricketers like Chris Gayle, Kevin Pietersen, Kieron Pollard, Shane Watson, Lasith Malinga, Dwayne Bravo, Angelo Mathews and others in attendance.