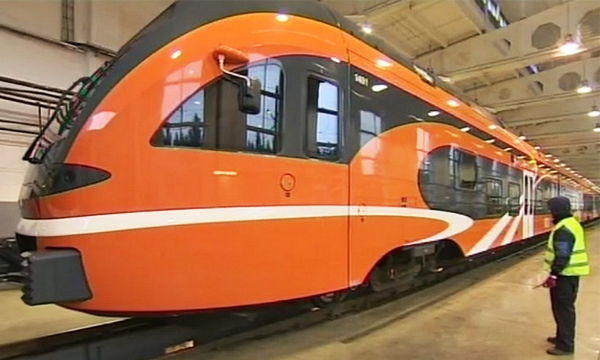 The Orange Line Metro train is coming soon to Lahore, the heart of Punjab. The first of 27 trains have been completed and rolled off the production line on Monday, in Hunan province, central China.

The first train will travel at a maximum speed of 80 km per hour and will be delivered in July. Whereas, the rest of the 26 trains will be completed by the end of this year and will be handed over to authorities after completion. Lahore’s Orange Line Metro train is being built by the CRRC Zhuzhou Locomotive Co Ltd. The train is being built according to state of the art standards and will have an energy saving air conditioning system that is suitable for the scorching temperature in Pakistan. This would mean the trains’ bogies are heat resistant and are highly durable.

The train has been designed to fit Pakistan’s heritage and designs,  it is a combination of the national flower of Pakistan and the Badshahi Mosque’s dome.