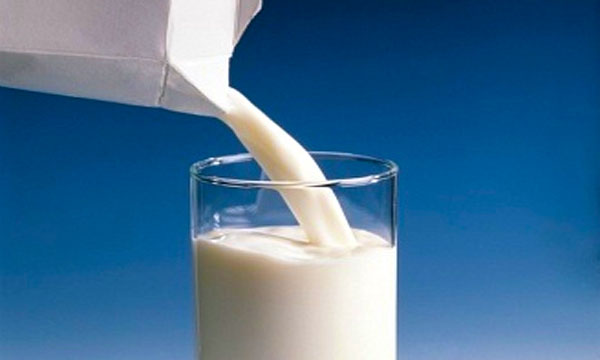 After a petition was filed with Lahore High Court against packaged milk, various concerns have risen over its purity. Allegations that it contains harmful chemicals detrimental to human health have been making rounds as well. 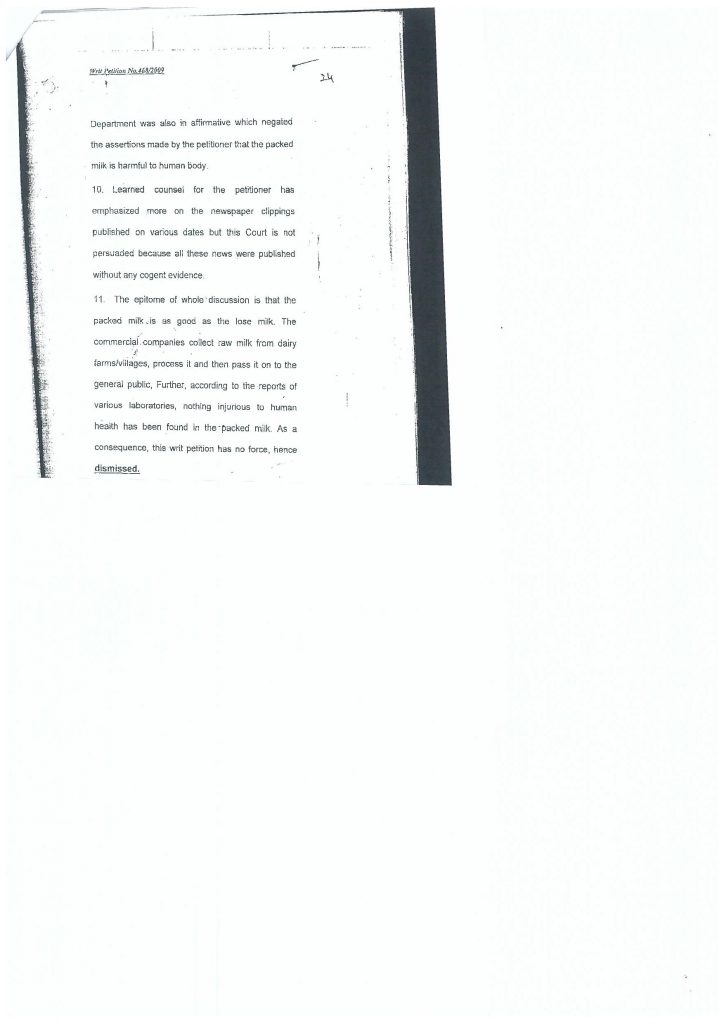 Packaged milk has gained a great deal of popularity recently. The main reason for that is the hygienic way it is processed and delivered to users. It keeps freshness intact and protects the milk from various contaminants and germs. Packaged milk brands such as Olpers receive fresh milk straight from dairy farms. This milk is then sent to their processing plants and is tested for adulterants. Only  the best quality milk free from harmful substances is accepted and then sent for packaging.

Packaged milk has more advantage over loose milk. It stays fresh longer, you can be sure of its hasn’t been tampered with and you also find various options to fit your dietary needs.

In May 2016, again Zafarullah Khan filed another petition claiming that packaged milk was unsafe. The source of information however, remained vague. So once more the petition was dismissed by the Lahore High Court due to lack of evidence. The new Court ruling again announced packaged milk as fit for consumption. 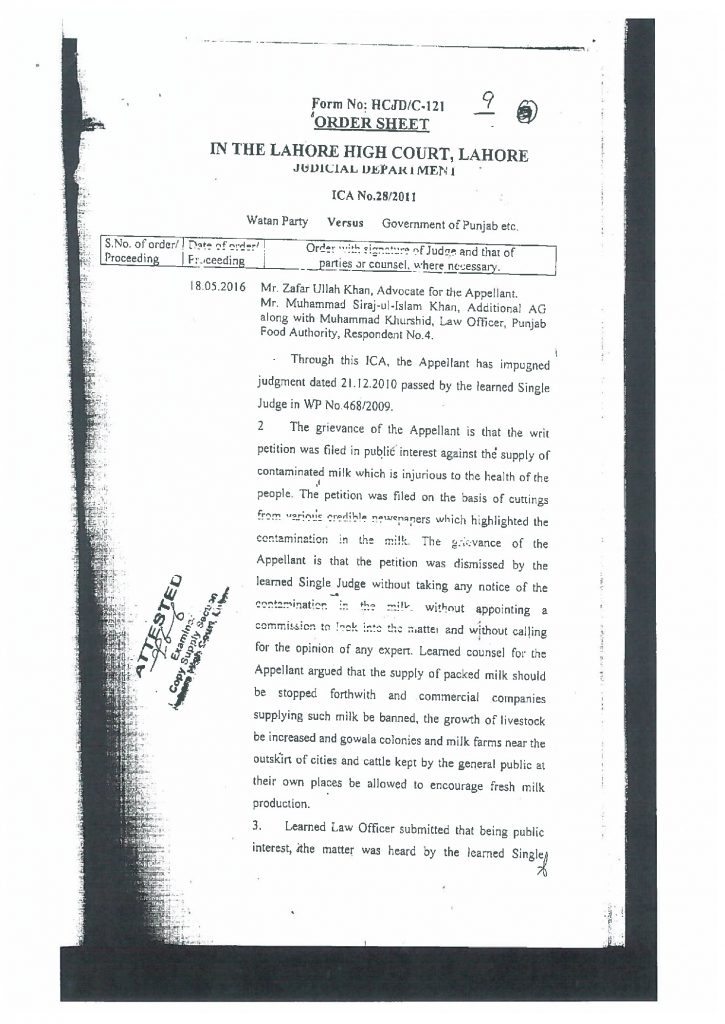 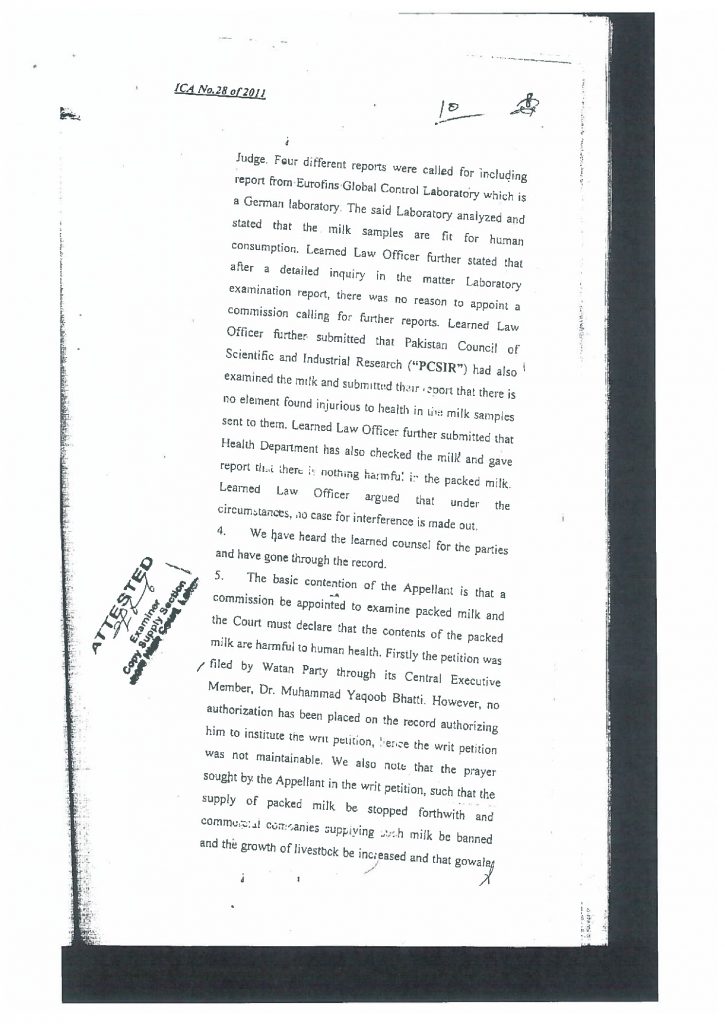 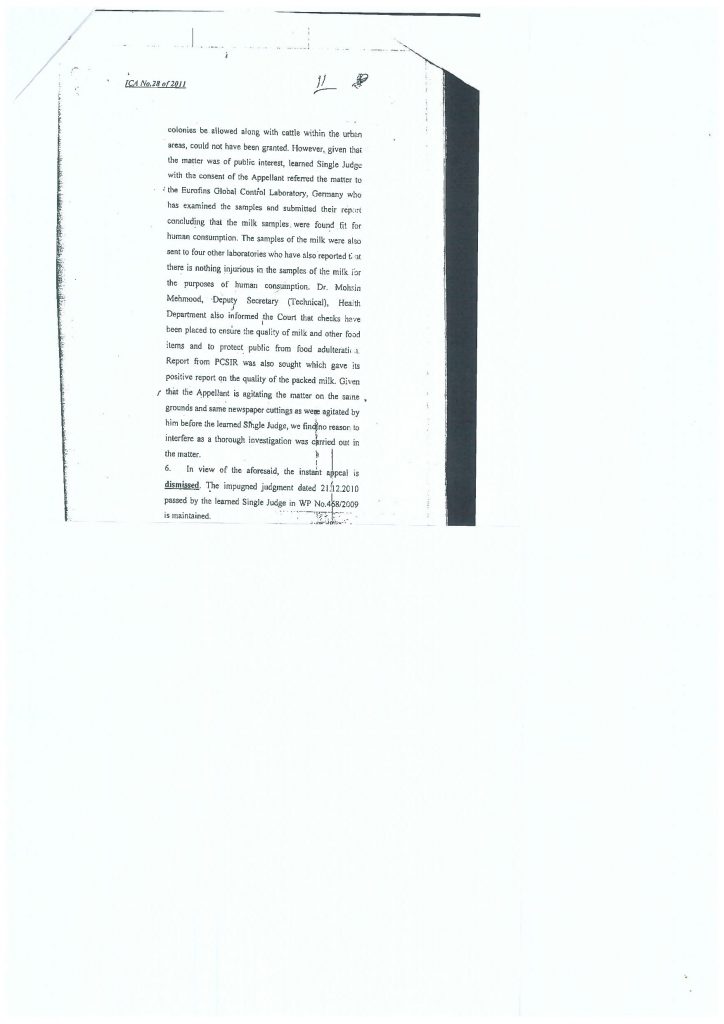 In September 2016 the Supreme Court of Pakistan also took notice of this petition. A Suo Moto action was ordered to test samples of all packaged milk currently available in the market. The decision for this petition however is pending.