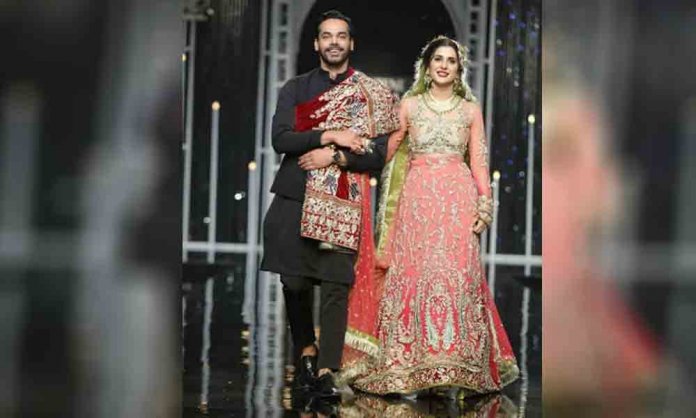 After giving us a number of super hit dramas, the Mann Mayal actor Gohar Rasheed is all geared all for an upcoming telefilm titled ‘Laal’.

Usually, known for his unconventional roles, the versatile actor will be joined by his best buddy Kubra Khan for his upcoming venture, revealed a source.

The actor announced his project through his social media accounts with the caption:

A telefilm by the maestro #HaseebHassan written by the magnificent #UmeraAhmad

According to a source, Laal will a patriotic telefilm which will revolve around the real-life incidents of Pakistan Navy. Produced under the banner of Group M & Hamdan Films, the telefilm will be broadcast on March, 23 and the audience is already exciting to watch it on their TV screen.

Well, we all are now eagerly waiting to find out more details about the project!

Are your excited about the upcoming telefilm? Let us know in the comments section below.