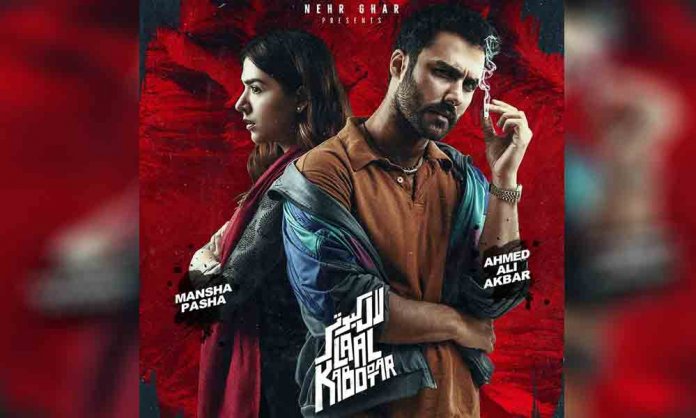 The trailer of one of the much-awaited movies of this year ‘Laal Kabootar’ is finally unveiled and it has created all the right kind of buzz around the country.

From its posters of the movie that took our curiosities to next levels to it’s recently released trailer, the movie looks promising to us and now we are expecting a lot from it.

The trailer has served well in its two-minute duration and it seems like the flick will impress the cine-goers.

In the trailer, we can see the handsome hunk, Ahmed Ali Akbar, playing the role of a struggling taxi driver who wants to move to Dubai.

On the other hand, we are just left amazed with the de-glam look of Mansha Pasha in the movie. She is playing the role of Aliya Malik who is a strong-headed and stubborn girl whose world turns upside down in a series of incidents

Her avatar in the movie will definitely remind you of how flawless beauty the starlet is!

It is for the first time that Mansha Pasha and Ahmed Ali Akbar will be seen together in a film and their fans are already left awestruck with their chemistry.

Produced under the banner of Nehr Ghar films, Laal Kabootar is all set to release on 22nd March.