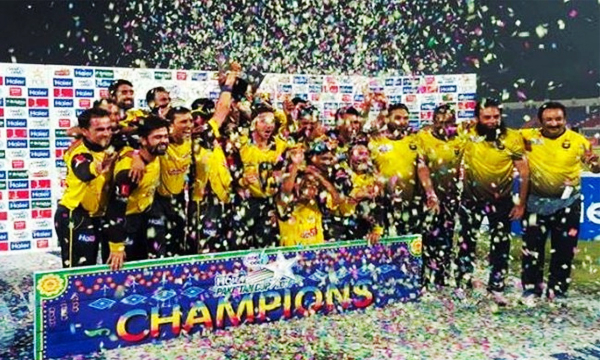 UPDATE: Khyber Pakhtunkhwa outclassed Punjab in the Pakistan Cup 2016 Final and won the title by a huge margin of 151 runs. Khyber Pakhtunkhwa’s captain Younis Khan won the toss and elected to bat first while their openers again did the job for them.

Both Ahmed Shehzad and Fakhar Zaman scored 118 runs for the 1st wicket stand when Shehzad got out on 62 runs. Fakhar Zaman  and captain Younis Khan then kept the scoreboard ticking and the opener played a magnificent three-figure knock of 115 runs.

Younis Khan (49) could not complete his half century by 1 run but the real damage was done to the Punjab. Khyber Pakhtunkhwa ended up with 311/9 on the scoreboard while Punjab’s Amad Butt took three wickets giving away 55 runs in his 10 overs.

Chasing 312 in the final match is never easy but it was totally a poor batting show by Punjab in the end. The whole side was wrapped up on 160 runs by Khyber Pakhtunkhwa which were equally superb in the  bowling department.

Zia ul Haq got two early breakthroughs and then Yasir Shah and Zohaib Khan were brilliant with the ball. Both took three wickets each to secure a huge margin victory for their team. Shan Masood was the top scorer with his 33 runs whereas Salman Butt got out on a duck.

Fakhar Zaman, the centurion star of KPK was awarded Man of the Match.

The final match of Pakistan Cup 2016 is being played today as Punjab and KPK contest for the title today in Iqbal Stadium, Faisalabad.

It will be a battle of nerves and physical strength for players in this big match which is going to be played in the scorching heat of Faisalabad.

The first half of the match will not be easy for the fielding side, and the team winning the toss would definitely choose to bat first.

Khyber Pakhtunkhwa will definitely have an edge over Punjab due to their consistent performance in this tournament. KPK XI is a balanced side and now with Younis Khan back in the side will boost their confidence even more.

Shoaib Malik’s Punjab XI has been struggling throughout the championship but their players have the potential to challenge KPK. Their batting line up might have been a cause of worry for them, but Salman But and Shan Masood are now scoring runs. Shoaib Malik’s captaincy skills will be tested in today’s face-off.

The match will commence at 3PM local time and would be telecasted live via PTV Sports, the official broadcaster of Cool & Cool Pakistan Cup 2016 co-sponsored by Haier.