Home Articles Kodak: Back from the ashes?
Advertisement 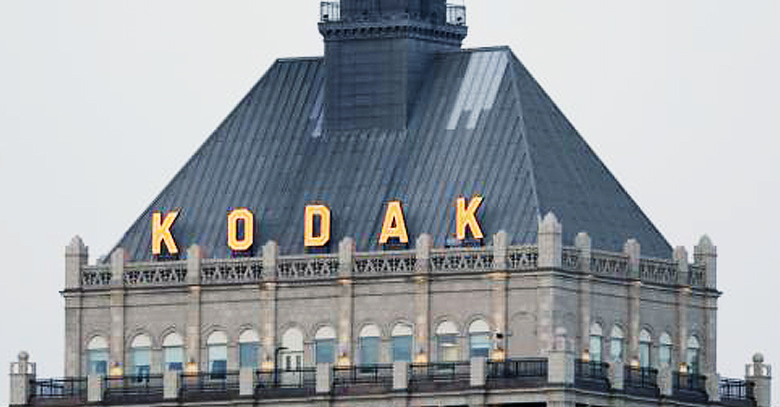 We often hear about brands becoming outdated and obsolete but when we actually witness a brand crumbling down to its knees in front of our own eyes; the sight is not a pretty one.

Kodak is a classic example of how big names lose their ground in the wake of competition that is adamant on crushing the weakest link.

KODAK JUST A BRAND, OR MUCH MORE?

Kodak dominated the market until the 1990s and became one of the world’s top five most valuable brands; its story will probably become a classic case study in what can go wrong.

For those who have grown up in a digital age probably don’t know what Kodak really was. Kodak was not just a brand it was a miracle for those who lived at the end of the nineteenth century, where seeing an image was like seeing magic being performed.

Kodak provided the technology to make this magic accessible to people. It has been responsible for helping people capture memorable moments and preserve them. It stayed true to its root for over 130 years and grew with time and was credited for 90% of film and 85% of camera sales.

Kodak was a brand that was both profitable and enjoyed high levels of loyalty from customers, then what led to its bankruptcy in January 2012?

THE DARK DAYS OF KODAK

The first mistake that Kodak made was to predict that the market of their digital camera was far less than its camera and film. Kodak caught the concept of digital wave early one and was a pioneer as it created a prototype of the digital camera in 1975.

But it underestimated the speed with which the digital age took over the traditional one and couldn’t match with the pace.

SO WHAT DO WE LEARN?

One can never rely on past performance to confirm them a secure future. Customers are fickle and will alter loyalty given sufficient motivation.

Also, companies need to understand that the world is changing rapidly. There is a need to constantly diversify and come up with innovative ideas which, of course, have no guarantee of success.

Tempting as it might be to let others experiment with something new and then to follow their lead, one should bear in mind that this strategy often ends up in the favor of the competitor.

Organizations need to become more agile which requires flexibility and the ability to cope with constant change and fluctuation.

THE RISE OF KODAK

Like every fallen warrior, Kodak has finally risen from ashes. The company says it’s now a commercial imaging company serving business markets such as packaging and graphics.

“We have emerged as a technology company serving imaging for business markets — including packaging, functional printing, graphic communications and professional services,” Antonio M. Perez, chairman and CEO of Kodak, said in a released statement.

Kodak looks to redeem itself with this new venture and is looking to get back in the game and give tough time to its competitors.

Being a pioneer in the field of photography, Kodak seems to have given itself a new and a more professional image.

Kodak re-shaped its game-plan and decided to cater to the needs of the business sector and one can now expect Kodak to learn from past mistakes and restore its position as the most preferred brand.