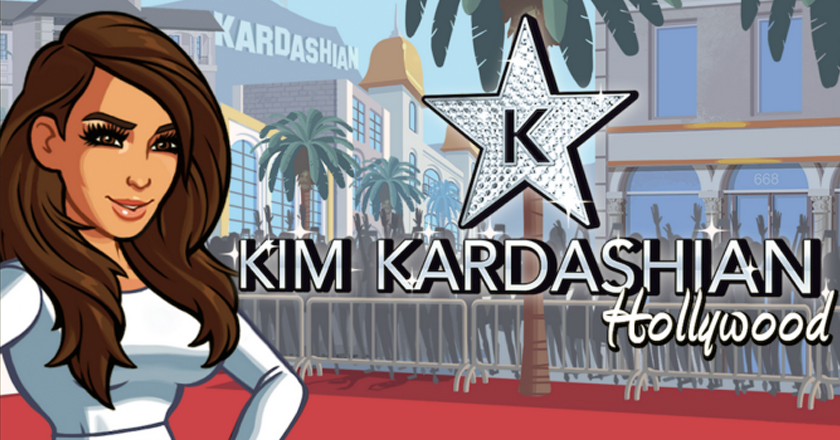 The 34 year old, reality TV star, Kim Kardashian, has always been in the limelight, be it for her fashion statements or her selfies. However, what has caught everyone’s attention this time round is her smartphone game ‘Kim Kardashian: Hollywood’ due to its monstrous success.

Released last summer, the game has already had 28 million downloads and over 11 billion minutes of playtime! In a few short months last year, the Hollywood life game earned USD 74 million and this year it is expected to rake in over USD 200 million in total.

The game is centered on the player stepping into the world of Hollywood with the help of the celebrity, Kim Kardashian. The player gets to choose their own avatars, dress them up with clothes (that are an exact replica of what Kim’s wardrobe in real life), travel around the world to do model and commercial shoots, have day jobs as sales assistant, start their own designer line of clothes and date to keep their social profile high.

The celebrity rivalry is at the peak. Rivals pose stiff competition with the player and hence, pass no opportunity to diss them or spread rumors through the media. Yes, there are live media rankings for the player’s stardom going on at the side along with social updates on what’s hot in the character’s life.

While the game has the usual irk of waiting for the energy to refill, it is quite addictive. Not only the regular updates and new features introduced keep the players hooked to it, but the good graphics make the game more interesting than other fashion games available on smartphones. This along with the introduction of other real life characters, like Kim’s mom and sisters, the game has somehow managed to retain its rankings. In times of such fast development, it is no easy feat to keep millions of people focused on a particular app for so long.

In an interview with Adweek, Kim explained how her brand name, along with her social media obsession, merged into the perfect formula of success for the game. Initially, the game was planned to reflect the life of the celebrity in general. However, at the time of launch, the idea to create updates along the lines of what actually was happening at the exact moment in Kim’s actual life was born and it eventually gave way to the ultimate success of the game.

Now, if Kim is in a particular city for a shoot or a vacation, the developers update the game accordingly to allow players to join Kim in the virtual world.

Talking about the future in the tech world, Kim explains how she can’t stop coming up with new ideas for apps since the launch of the first game. Owing the success to her developers’ team, Glu Mobile, she plans to use their services in the future as a creative outlet for her ideas.

With 29 million Twitter followers, 26.5 million Instagram fans and her social persona, it is no surprise that Kim has established herself so easily in the mobile world. Also, coming soon is her first book serving as a curation of her selfies she has taken over a period of three decades.

“So many people think that taking so many selfies is just ridiculous. For me, what’s so funny is I love taking pictures and posting them on social media for memories.”