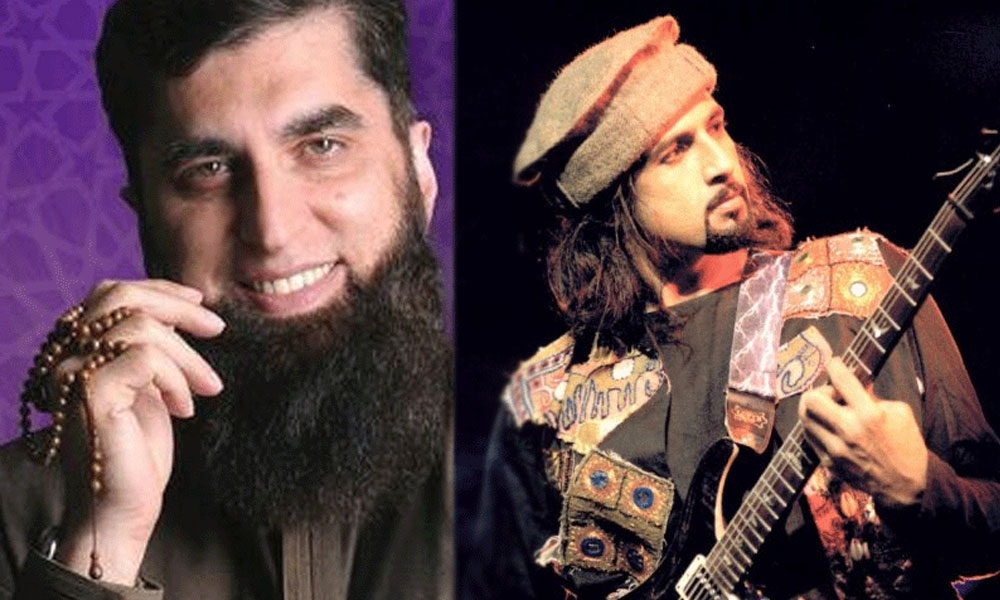 Pakistani band Junoon has released ‘Khwab’, a short film based on the life of singer-turned-preacher Junaid Jamshed who lost his life late last year in a plane crash. The scholar left this world in the most shocking way, leaving his fans worldwide in tears.

Musician, singer, and former Vital Signs member, Salman Ahmed released ‘Khwab’ on Monday, in the memory of his late friend Junaid Jamshed. The story cover the life of JJ, his appearances on television, activities he was a part of, and his special bond with Salman.

However, the link for the film on YouTube has been banned for the audiences and viewership in India, and fans are not happy about it.

sir video is not available in India. Youtube blocked it 🙁

While talking to a local news channel, Salman expressed his concern over the incident, mainly thinking this decision was made by the neighbouring country due to Pakistan being shown as a ‘culturally rich country’. No worries, Junaid Jamshed fans can watch the same link on Junoon’s Facebook link given below.