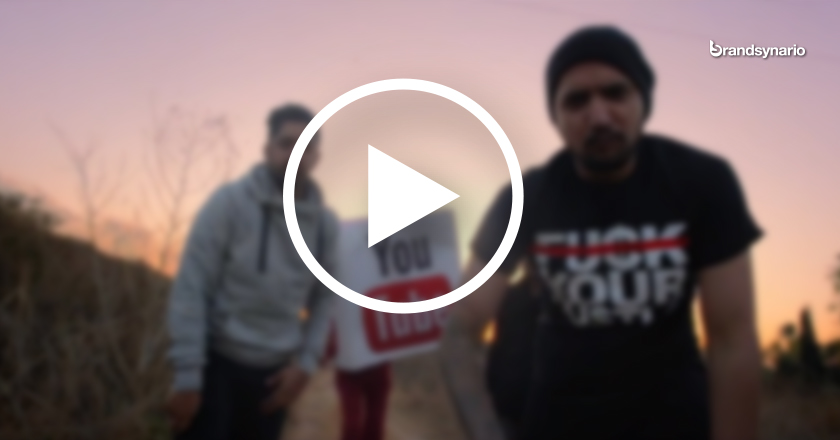 Before we begin, bow down to Adil Omar because the spine chilling rap ripped by this young and proud Pakistani musician is one of the best the country has ever produced. We mark this statement, not with favoritism but solely for the appreciation of Adil’s outstanding ‘rap’ that can equally contend with the best around the world.

Ali Gul Pir has also given a good enough performance which unfortunately cannot be deemed ‘fresh’. He has again played in his comfort zone, which compliments the overall feel of the rap. It’s in fact just that the one minute rap by Adil Omar overwhelms everything else.

#KholoBC is not new initiative; in fact it first surfaced back in November last year by a facebook page ‘Pakistan by All’.

Back then however, the campaign was a bit subtle, and only said ‘Hug YouTube, a polite gesture that might have led to the lifting of the long held ban on YouTube. It didn’t accomplish much, since YouTube remained banned anyway.

It seems #KholoBC has gone to a whole new level with this rap in fact it seems that the reason for its existence has just become a bit more ‘money-making’ and rightfully so. It’s much better than Mathira’s child molesting act in ‘Jhoota’, and that sells, so why not this.

#KholoBC is not at all a subtle campaign to reopen YouTube, it’s a loud voice against a social-slumber and a harsh tale of government hegemony over freedom of speech.

YouTube may have hosted questionable content, but like mentioned a hundred million times before, it does not even accumulate to 0.16% of the total religious and educational content it also hosts. The facts are narrated within are done with absolute precision and research.

This rap song by Ali Gul Pir and Adil Omar is certainly a different flavor to Pakistani social reforming music, unlike many countries Pakistan has had a lot of them, and this particular rap does not only address a somber inexplicable government decision but it does so in an impressively artistic manner.