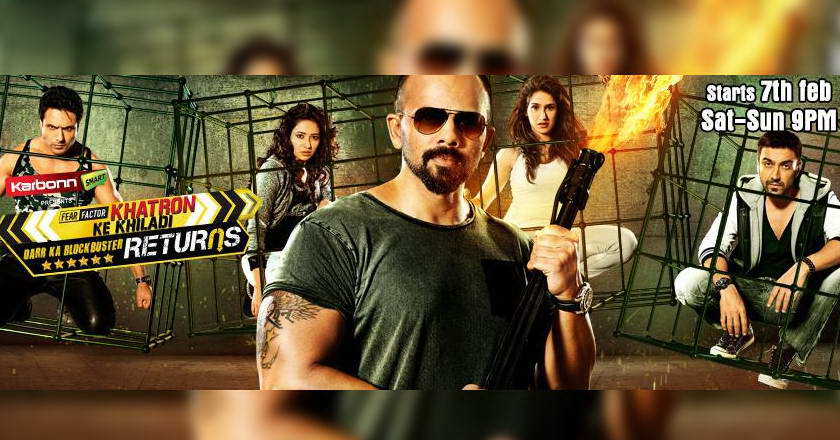 With fans of the controversial reality show, Bigg Boss, viewing its much anticipated finale on Saturday, Colors TV is all set for two new shows. Taking over the Bigg Boss time slot, 9 to 10 pm, on weekdays will be the historical drama, Chakravartin Ashoka Samrat, and on weekends, yet another reality show, Khatron ke Khiladi 6.

The sixth season of the stunt-based Fear Factor, Khatron ke Khiladi, is coined Darr ka Blockbuster and will be hosted by the renowned director, Rohit Shetty. An Endemol India production, the show will follow a slightly different format this time round, with an inclusion of “Darr ka Ghar” for contestants to live in and a theme set for every week’s stunts. The themes set for each week include Insomnia week, Bollywood theme and Horror week; names pretty much implying what the show will revolve around.

The show will be shot at the picturesque Cape Town locations and is expected to have a raised quotient to stun the audience. The programming head of the Colors TV, Manish Sharma, is excited for the new season and was quoted saying, “Fear will permeate every aspect of the show, right from the stunts to the house where the contestants are staying. Needless to say, the contestants have also had to up their game to keep up with the surprises that are being thrown at them.”

Further talking about the show, Sharma said, “ Truly adding the ‘blockbuster’ touch to the show, a lot of new elements and high energy will make the show a thrilling watch as the contestants give it their best shot.” The first episode of the show will air on 7th February 2015, 9 PM.