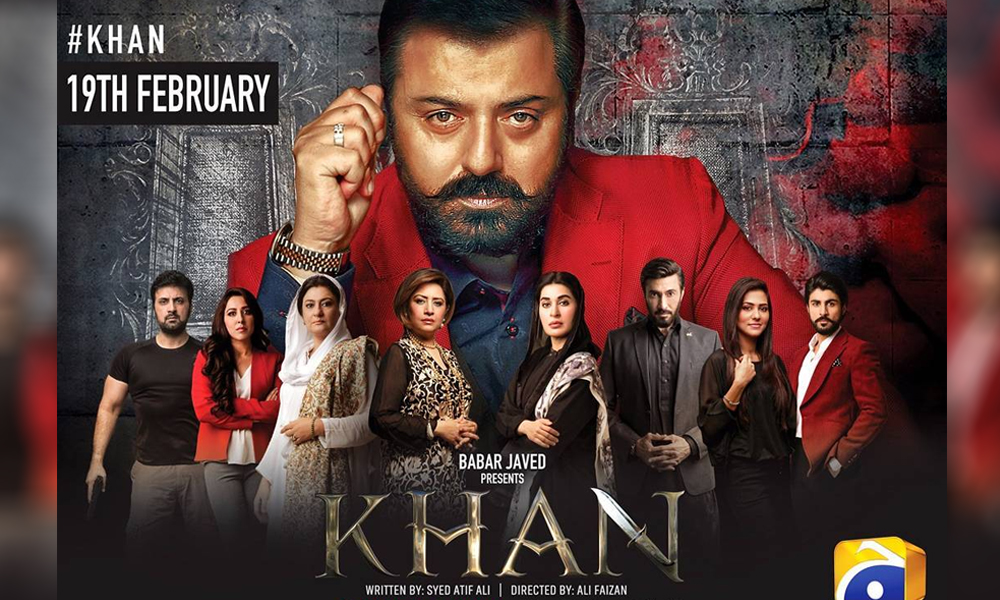 The queen of morning shows, Shaista Lodhi made her debut in Pakistani dramas, after her on-going serial, ‘Waada‘ with Faisal Qureshi. Now, she’s all set to star in the upcoming drama, ‘Khan’ alongside veteran actor, Noman Ejaz. However, her latest role is different from all the avatars she has ever donned.

The gorgeous diva is going to be seen in a never-seen-before character, as she is playing the role of a powerful politician.

Talking about  her drama in an interview to Dawn, she said:

“Khan is an almost feudal type of drama. It will be relatable for the average person because it will remind them of Pakistan’s political system.”

The drama also boasts a stellar cast of Atiqa Odho, Noman Masood, Saba Hamid, Munawar Saeed, and Aijaz Aslam amongst others. Surely, the creme de la creme of Pakistan’s T.V industry will be coming together to work their magic in the serial.

The cast sharing a moment on the set

Shaista Lodhi on Sets of ‘Khan’

Shaista Looking as Graceful as ever in ‘Khan’ She further clarified that the drama is not based on Cricketer turned Politician, Imran Khan.

On the set of #khan #drama #aijazaslam #acting #GeoTv

Khan will air on Geo Entertainment on the 19th of February, every Sunday at 8.00 pm.