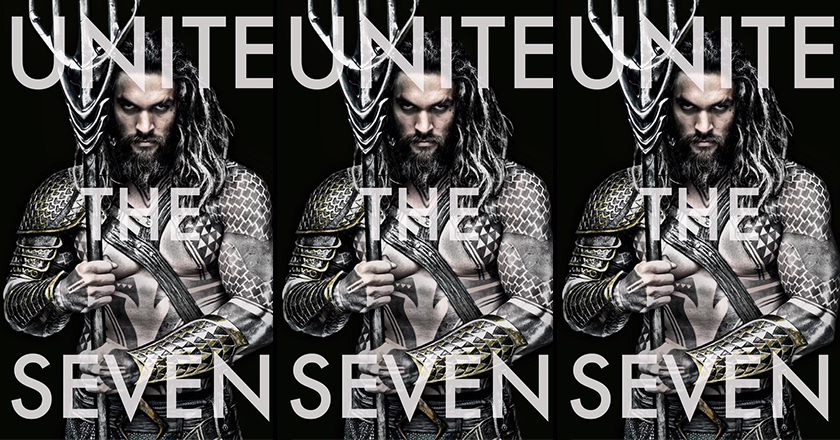 Jason Momoa, Game of Thrones star, will be Aquaman in the Batman v Superman: Dawn of Justice movie.

He will then be showing up in the two-part Justice League movie and his own solo movie.

The “unite the seven” tagline may refer to many things, either uniting the Seven Seas or to the Justice League’s lineup (of Superman, Batman, Wonder Woman, Aquaman, Flash, Cyborg, and Green Lantern).