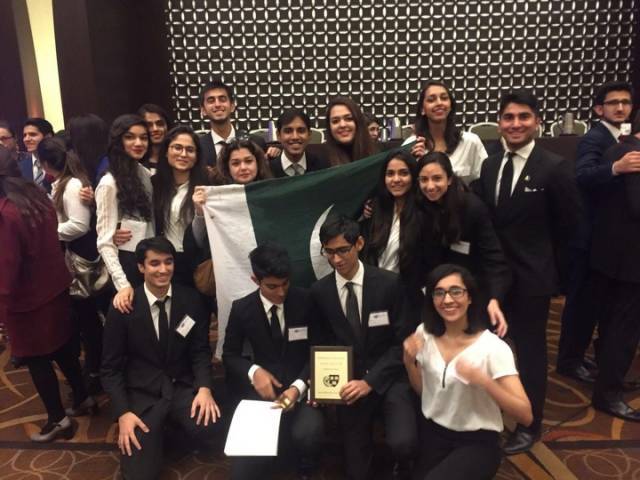 It is noteworthy here that the KGS team before heading to Boston for the delegation won all the debate competitions held in Karachi The team also acquired the best delegation award at Zabmun-VIII, MUNIK and BAYMUN.

This delegation was the sixty-third session of the Harvard Model United Nations. The event started on January 28 and lasted until Sunday, January 31 at Sheraton Boston Hotel. Over 3000 students from every continent of the world, along with 300 faculty advisors participated in the event.