Home Technology Social Key Differences Between A Boss & A Leader: Which One Are You?
Advertisement 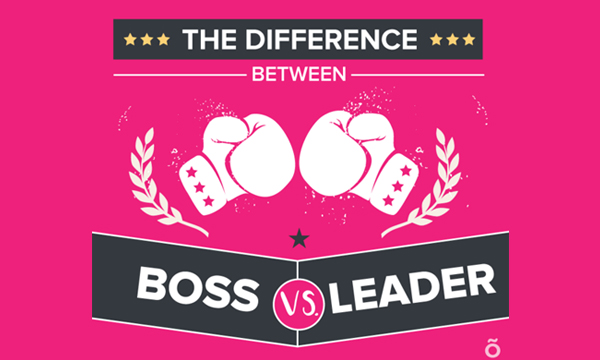 At times, a boss can be a leader but not every time a boss shows the real mettle of a leader. Although quite similar in their position and status, there are certain things some bosses do and believe in, which sets them on the leadership pedestal that not every boss is able to do.

From time to time, a leader improves his standing and opinion in the eyes of his employees whereas a boss does not inspire and mainly deals in getting the job done.

Take a look at certain key differences between a leader and a boss:

A leader believes in interdependence and cooperation. 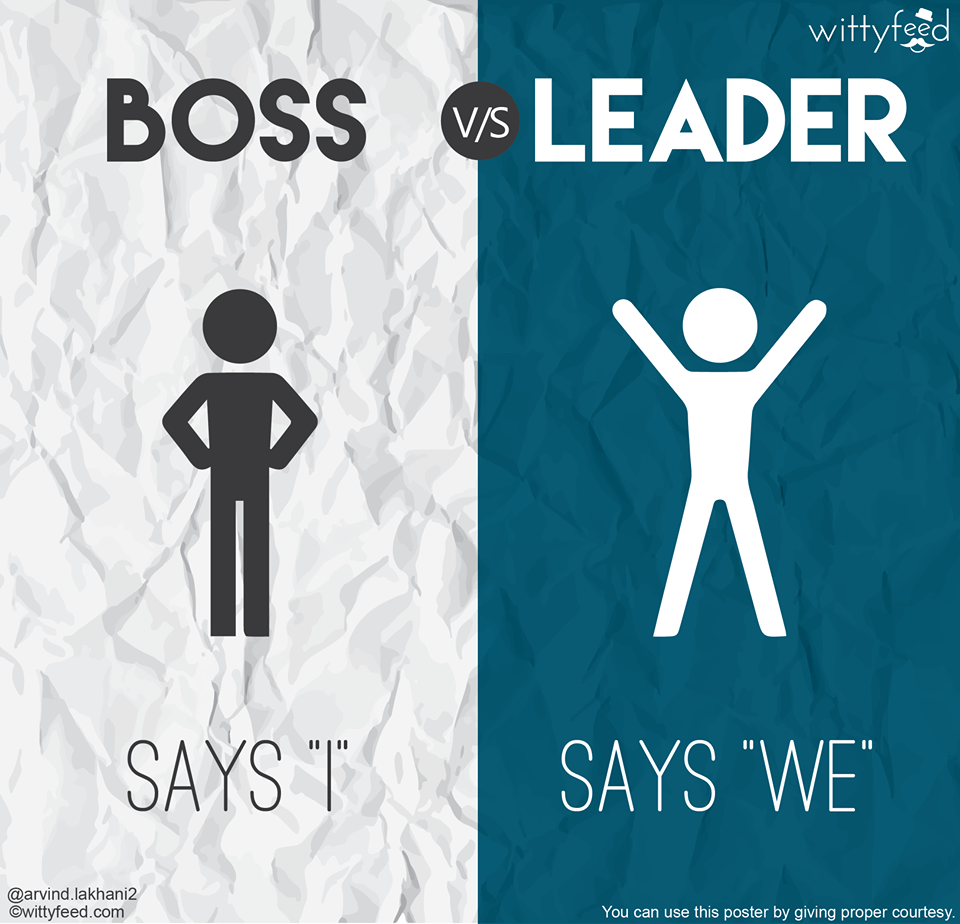 He always gets recognised by his team. 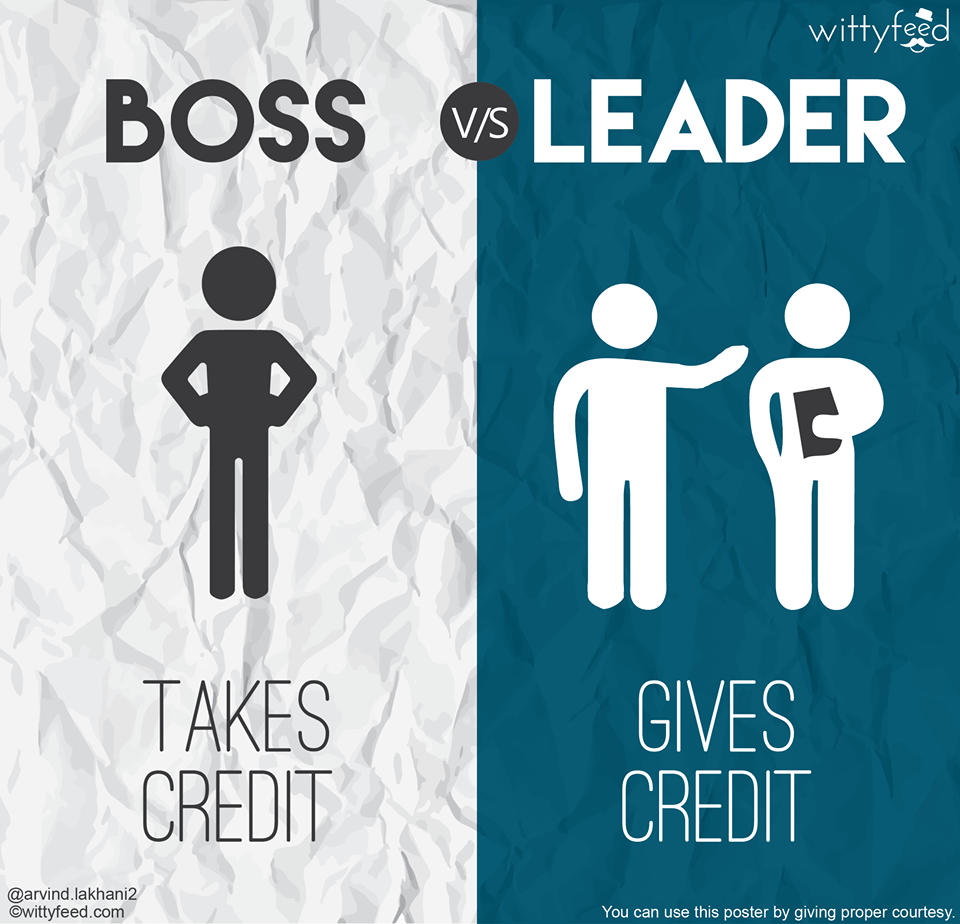 He makes his team responsible enough to understand the worth of their job. 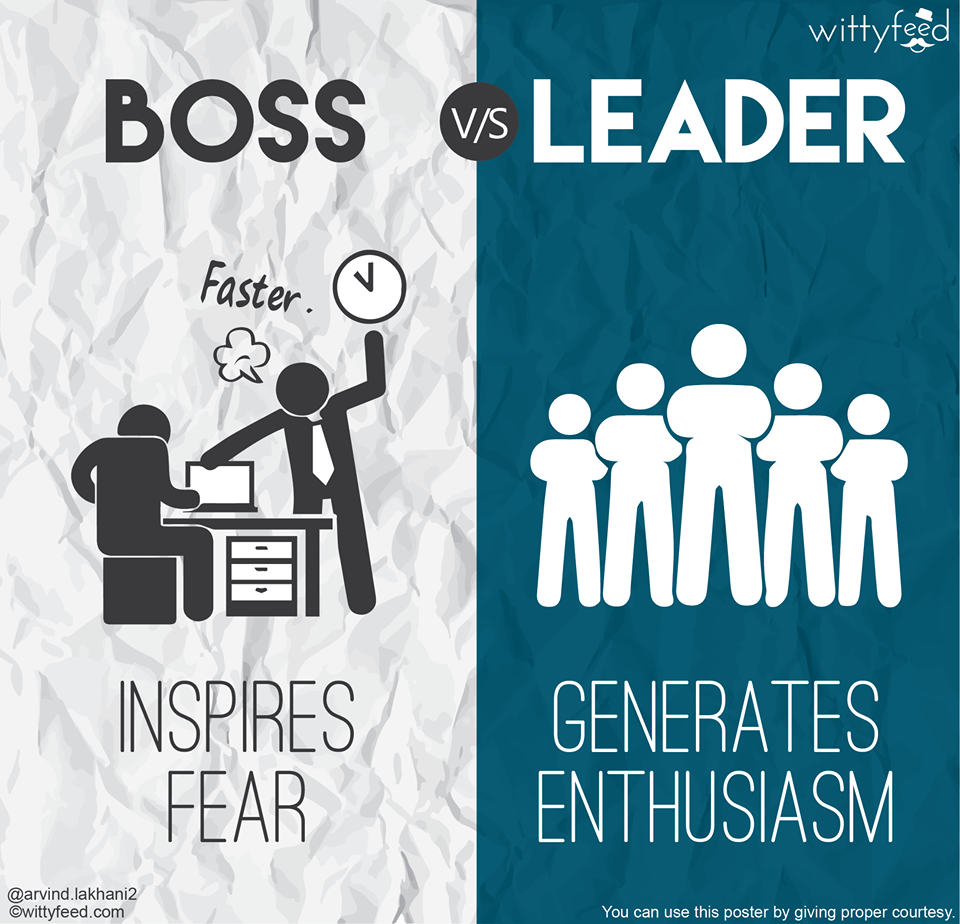 For a leader, his team is his most precious asset. 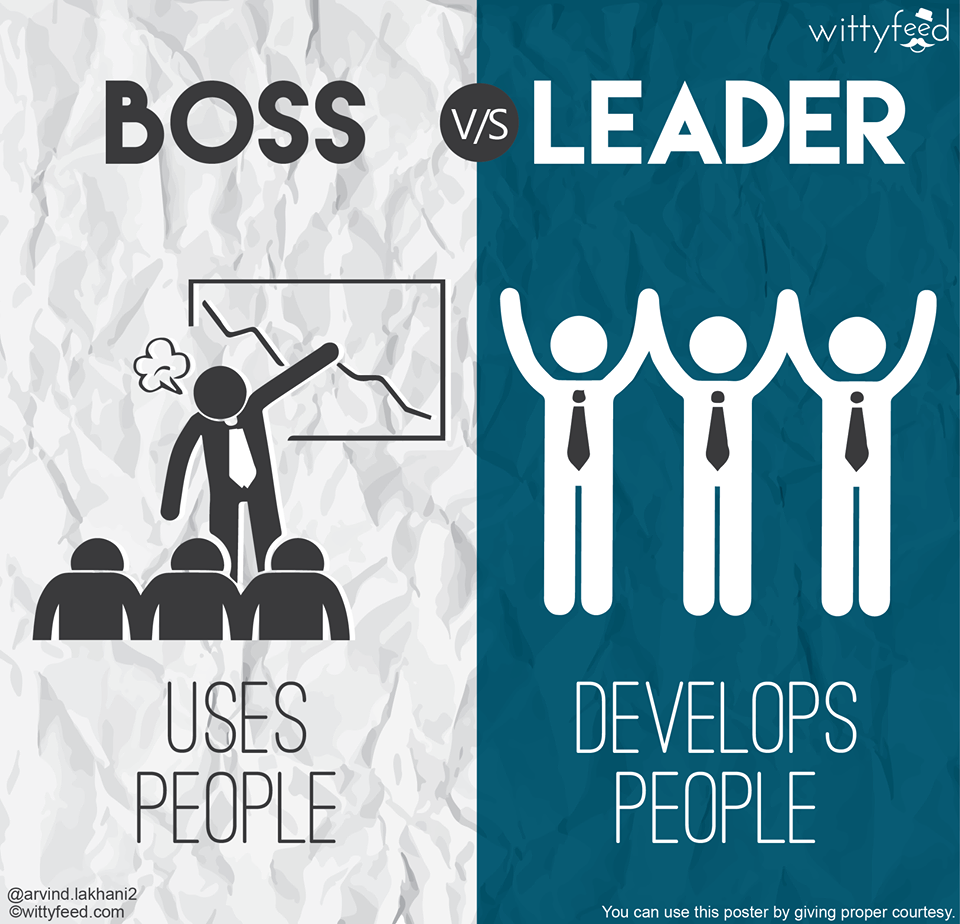 He always welcomes suggestions and ideas from his team. 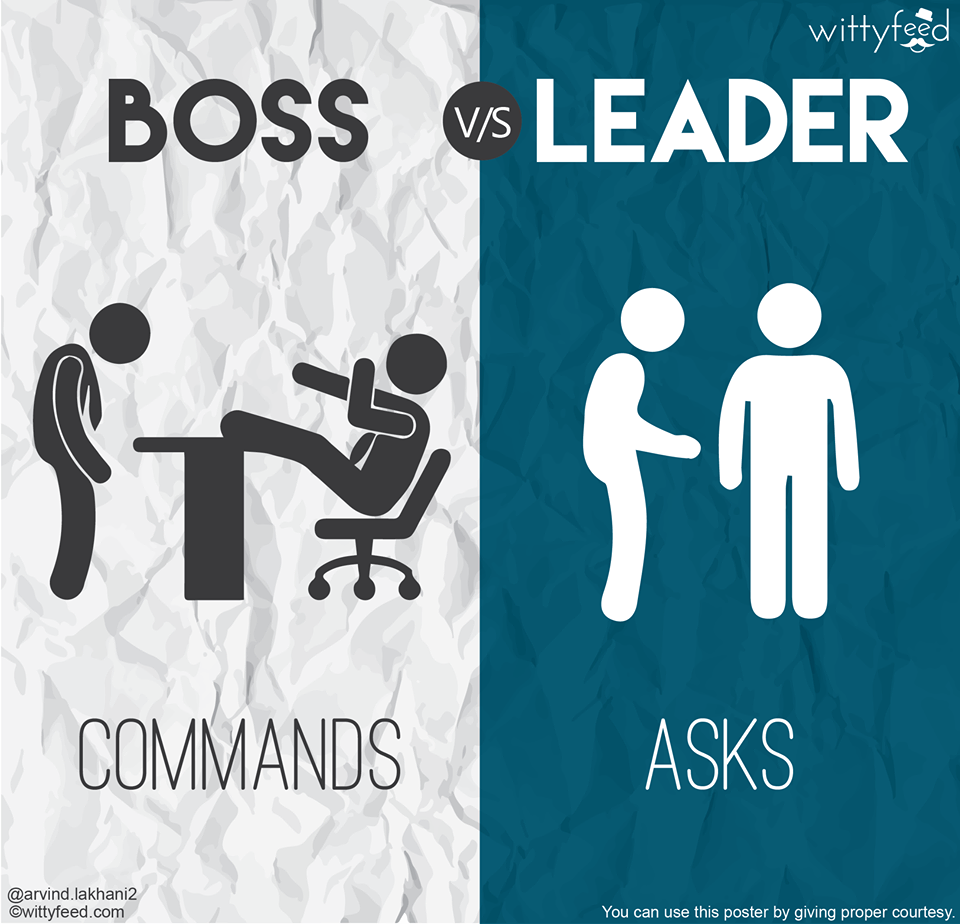 He never lets you down even when you make mistakes, but makes you learn things and fix issues. 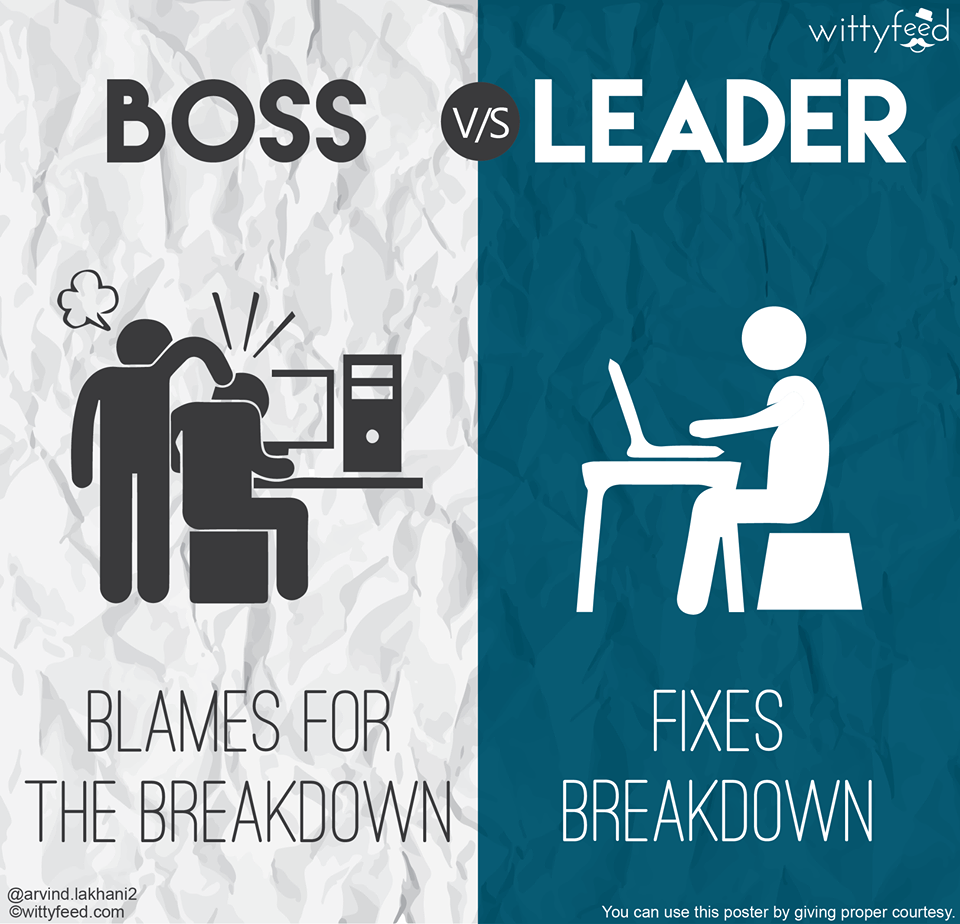 He never wants his team to follow him every time but encourages them to discover new ways. 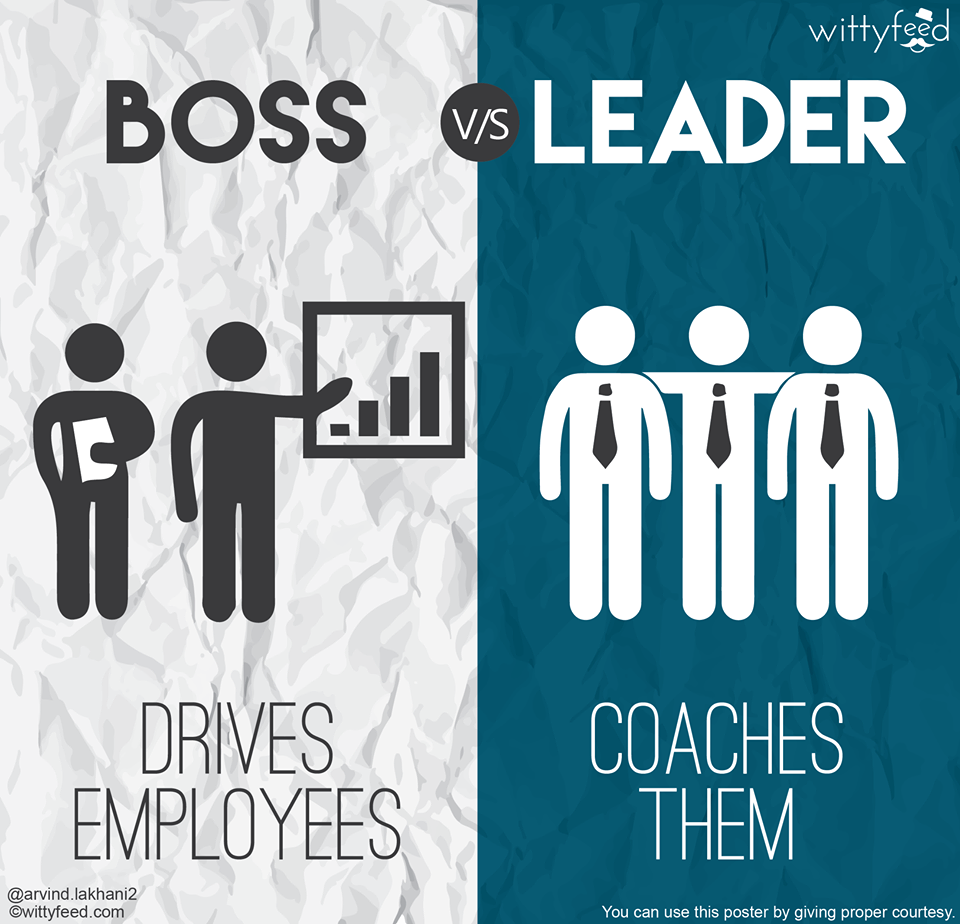 He maintains his goodwill with reliable and quality work. 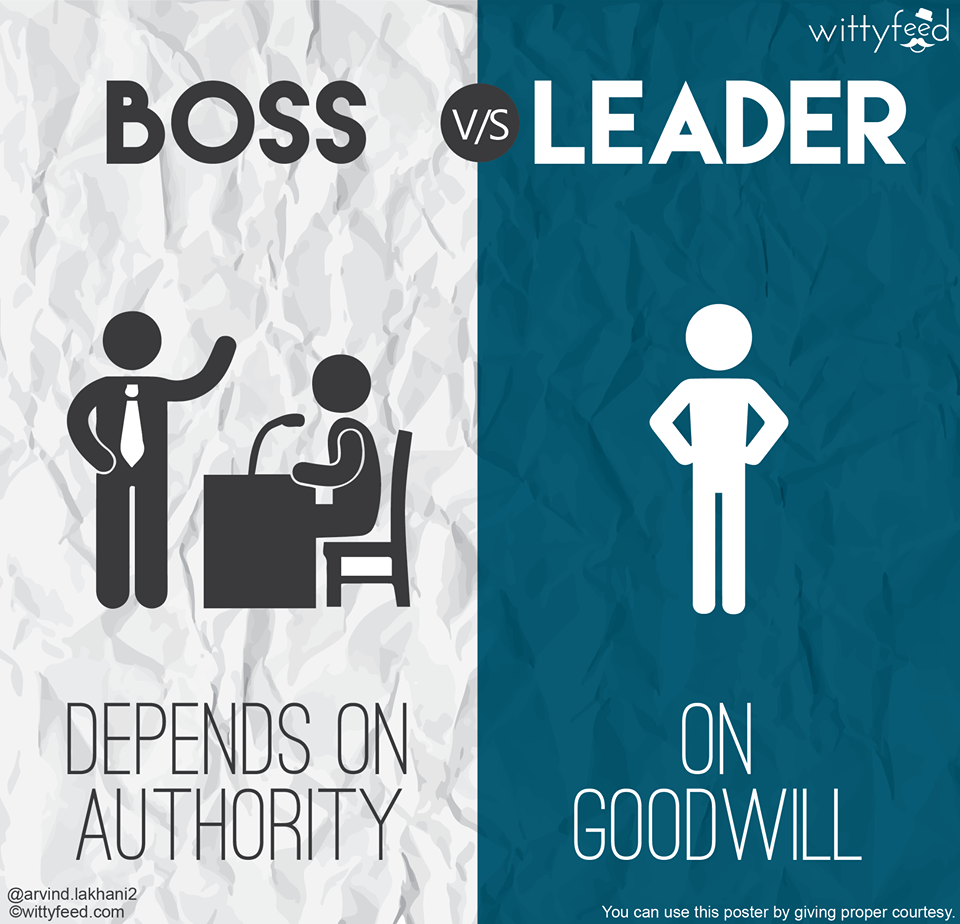