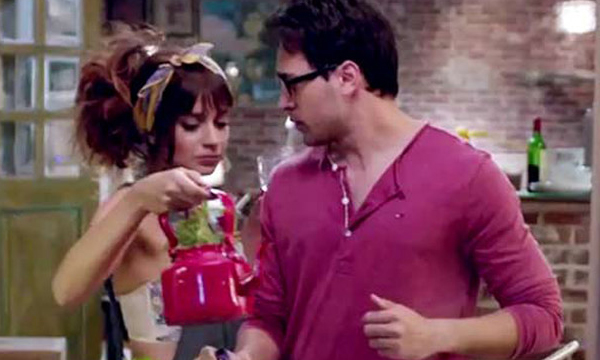 Marketed as a thriller romantic movie, Katti Batti is far from a thriller and lacks the romance too. Not only does the leading actors fail to generate sizzling chemistry but the love story in general fails miserably too.

The story revolves around heart-broken, Madhav and heartbreaker, Payal, falling in love, only to have the lady love leave the dejected man without warning in the second half of the movie. However, unlike other times, Madhav is not ready to give up and sets upon a journey to win the love of his life back.

The script is poor, with the unfortunate Khan ready to mark another movie as a flop, and Ranaut losing her winning streak due to an underdeveloped character. Moreover, like many other Bollywood movies, Katti Batti is a mix of copied Hollywood scripts with major chunks taken from 500 Days of Summer and Love and Other Drugs.

While some have appreciated Khan’s attempt to salvage the script, others have marked the movie downright boring except for Kangana’s moving performance in the last half hour of the movie.

#KattiBatti boasts of the BEST performance by Imran Khan in his entire career!

Nikhil Advani kills us 2 weeks in a Row #KattiBatti can’t believe I woke up at 8 am to watch this crap ! http://t.co/J1VH1bj7k2

Had no mood to watch #KattiBatti but being a #kanganafan had to watch it ,got surprised with the film , jus fantastic #Goodlovestory #Tears

Ammm…. yawn is high & romance is low…. why flow of movie is going slow.. #KattiBatti

Katti Batti Review : Kangna Meets Imran and then they bore us… :/ #KattiBatti

#KattiBatti turned out to be quite a disappointment! http://t.co/lNAor7vn2p #MovieReview

Kangana was invisible throughout untill last few minutes. But those few minutes were pulled off really well. #KattiBatti

Imran is earnst,shows fire at svral junctures but his charactr is such a loser dat it irritates 2 no end n is counter productiv #KattiBatti

Another RomCom disaster! #KattiBatti is as boring as an every step taken by a turtle. Yawn yawn yawn.

Its in the last 15 minutes of the film that Kangna gets to flaunt her enormous acting muscles n she floors u completely!! #KattiBatti

Biiiiiiiiiig luck and love @nickadvani for #KattiBatti…. Made me smile through my tears…And can we have multiple copies of maddy pl?! 😁

Good luck @nickadvani for a gem that releases today #KattiBatti …. Loved the modern day romance, n the joy it brings! 😍😍😍