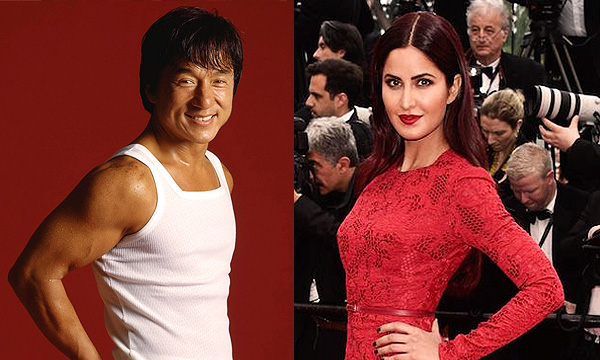 The pulsating news of Katrina Kaif signing her first international film Kung Fu Yoga, co-starring the kung fu master himself Jackie Chan holds no firm grounds. Shedding light on the issue, Kat’s spokesperson reported, “Katrina is yet to take a decision on the film. Nothing is confirmed as of yet.”

According to the reports, it will be an action-adventure film that will be directed by Hong Kong-based filmmaker Stanley Tong. He is the same figure who had earlier steered the Jackie Chan’s classic, ‘Rumble in the Bronx’.

According to reports of Mumbai Mirror, the plot of the movie revolves around the actress playing a role of an Indian professor at a Chinese university while Chan plays a role of a Chinese archaeologist who enlists her help to unearth treasures from the Magadha era.

The two set out on a treasure hunt, which begins in the dynasty of King Bimbisara. He ruled the Magadh Empire from around 542 BC to 492 BC. He was known for his cultural achievements and was a great friend and protector of Gautam Buddha.

It would be interesting to watch the B-Town beauty’s onscreen chemistry with Hong Kong’s martial arts king. Will this deal materialize depends totally on Kat’s call who is currently busy shooting for ‘Fitoor’ and ‘Jagga Jasoos’.