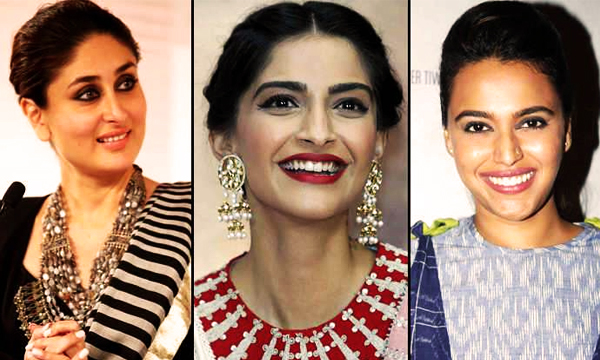 Bollywood beauties Sonam Kapoor and Kareena Kapoor are uniting for a high-on-masala movie Veere Di Wedding! With Sonam’s recent success of Neerja and Kareena’s unconventional role in Ki & Ka, the actresses are now all set to star in India’s first real chick flick.

Produced by Rhea Kapoor and Ekta Kapoor, the movie will unleash the killer Kapoor ladies like never before in a wacky all-girl’s entertainment.

No one understands the importance of sisterhood better than you! Bebo what an honour to share screen space with you! #friendslikefamily #iconic #kapoorgirlsforlife #begum #senior #veerediwedding

What’s more,  Swara Bhaskar and the newcomer Shikha Talsania will be joining the starlets in the cast.

So kicked to be working with an amazing actress whose talent can't be contained! @shikhatalsania welcome to the family!! #veerediwedding is gonna be one awesome ride!

The director of Fawad Khan, Sonam Kapoor’s movie Khoobsurat, Shashanka Ghosh will be the captain of the ship for Veere Di Wedding. The movie will celebrate the spirit and power of modern Indian woman. “This is probably India’s real chick flick. It’s about four girls, four friends, who come together for my (character’s) wedding. It’s really interesting and fun,” revealed Bebo in an interview.

Let’s see how these four females stir magic on the silver screen with Veere Di Wedding.

Bollywood Movies Hero No.1, Coolie No.1 & Biwi No.1 to Get a Remake