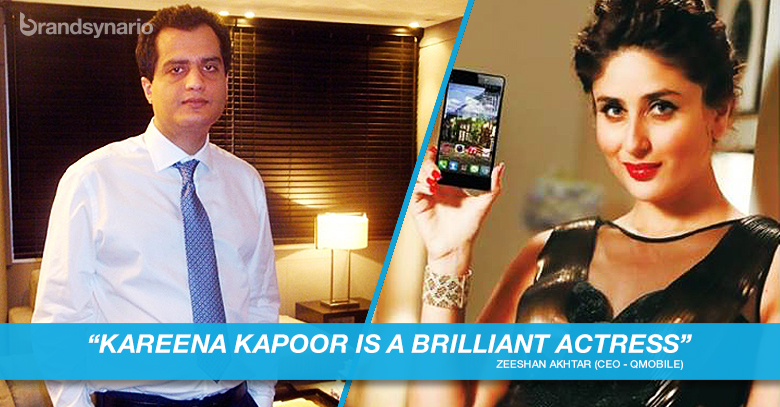 Zeeshan Akhtar, Chairman, CEO and the brain behind the success of QMobile has stepped up to take QMobile to the next level by hiring the glittering mega star of Bollywood, Kareena Kapoor.

According to the official Press Release, the entire conceptualization of this impressive TVC has been personally undertaken by Zeeshan Akhtar himself.

Commenting on Kareena Kapoor’s endorsement for Qmobile, Zeeshan Akhtar says, “Kareena Kapoor is a brilliant actress”. The ad is reportedly going to be the most expensive TVC ever produced in the history of Pakistani Advertising.

Kareena Kapoor’s working experience with QMobile has her sold. She values QMobile’s rapid success and the trust it has built amongst its users. She now proudly says, “I’m honored to be part of Q family. Thank You QMobile and good luck to you”.

Industry Analysts see this move as the first step towards geographic and product diversification for Qmobile.