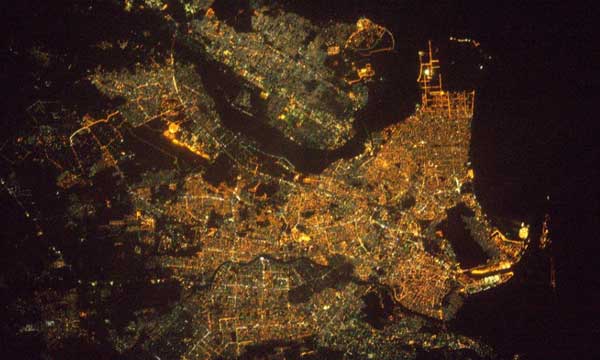 A beautiful picture of Karachi taken from outer space is making rounds on social media, shot by the French Astronaut, Thomas Pesquet.

Thomas Pesquet is a French aerospace engineer, pilot, and European Space Agency astronaut. He shared the post on his Twitter account and we bet the stunning image will wow you.

KARACHI AS NEVER SEEN BEFORE

Karachi on the shores of the Arabian sea.. the largest city in Pakistan and 7th largest in the world! 🇵🇰 https://t.co/xgmmMJhXp1 pic.twitter.com/FHwzldHOAO

The Frenchman has posted similar shots from cities all around the world, taken from space.

The city of Jeddah, under some clouds coming from the red sea 🇸🇦 https://t.co/kQQdiWhvE6 #Proxima pic.twitter.com/LvXpKdClob

Oddly bent river somewhere in Moldavia… people have pointed out it is actually in Romania! https://t.co/qtptmM2KBQ pic.twitter.com/UICweNMACN

Another city at night in Sicily, but is it @astro_luca‘s home town of Catania? https://t.co/fDBpxUePpp pic.twitter.com/2Ibfg4uH6Z

Algiers at night looks as if it is trying to swallow the Mediterranean Sea #CitiesFromSpace https://t.co/N4hycq6g3w #Algeria pic.twitter.com/Y1zzbIsNSL

The beautiful city of @Melbourne! First picture I took where, if you zoom in, you can see cars or maybe trucks… sorry: utes 😉 G’day, mates! pic.twitter.com/bXGgRE4P1V