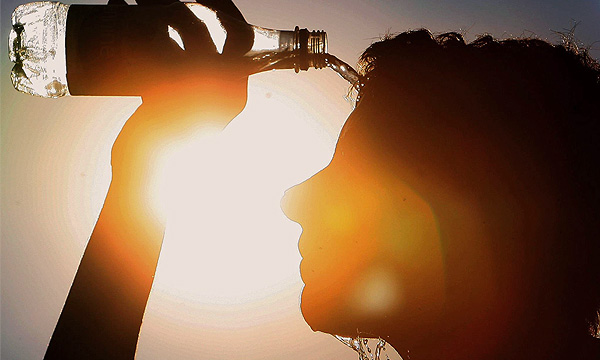 The struggle is real, my friends! Yes, I’m talking about none other than the current heat wave rolling across the country and Karachi, in particular, is boiling to the max!

Yes, records were broken. After the scorching 44 degrees centigrade broke the record of the hottest day of the city in the past 10 years, Karachi simmered down to 42°C.

Of course, hilarious tweets emerged, depicting the struggle with the unrelenting heat:

Looking at your shia friend, who has to wait an extra 10 minutes for iftaar while you eat yours, like.. pic.twitter.com/5SRajM7S2Q

On the other hand, people were quite serious about the whole thing:

Edhi workrs: 250 bodies, victims of Heatwave, brought in 2 days, 120 handed over to their families, 30 buried #Karachi

In this #HeatWave why not you stop commercial electricity supply to overcome the shortage issue in residential area. @KElectricPk