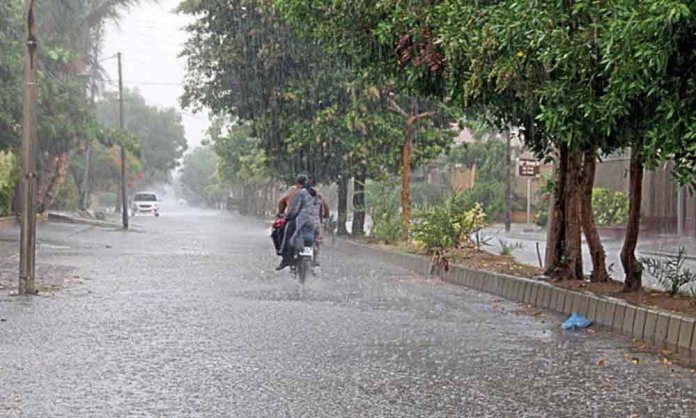 With winters slowly bidding farewell to Karachi, the mercury has started rising up in the city. According to the latest weather update, there are chances of rainfall over the metropolis.

According to the News, Pakistan Metrological Department (PMD) has revealed that a strong rain system is likely to enter Balochistan on Thursday and will affect Southern parts of the country.

10 Best Street Foods You Can Enjoy in Karachi During a Rainy Day!

Consequently, a heavy rain-thunderstorm accompanied by a windstorm is expected in parts of Balochistan, Sindh (including Karachi) and Southern Punjab. The windstorm is likely to gust at a speed between 80 kilometers and 120 kilometers per hour.

Thunderstorm (with heavy falls) accompanied by windstorm (gusting 80-120 km/h) as predicted on 26th February, 2019 may create untoward situation in parts of Balochistan on Friday (night) to Saturday while in Sindh including Karachi and Southern Punjab (D.G.Khan, Multan and Bahawalpur divisions) on Saturday.

Accuweather.com has also rolled out a weather report stating that a shower or thunderstorm is possible in Karachi, both Friday and Saturday.

Weather Updates PK has also warned about heavy rain countrywide but has stated that chances are low of a heavy thunderstorm in Karachi.