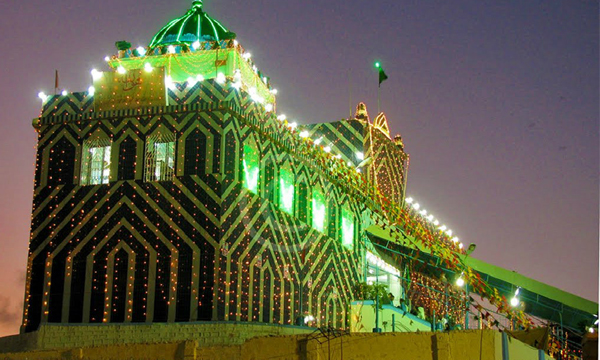 Karachi Threat Alert: The recent rise in terror attacks in Pakistan has created a wave of fear in the nation. Security establishments have directed LEAs to raise the security in the metropolis. Now, a recent notice issued by the government has warned about a potential attack on Abdullah Shah Ghazi Shrine, located at Clifton Karachi.

A news report by Samma reveals that a letter has been issued by National Counter Terrorism Authority (NACTA), claiming that a team of terrorist is planning to target the Sufi shrine.

Read what the notice says for yourself here!

Concerned authorities have been warned to raise the security in the metropolis and beef up safety measures near  buildings, hospitals, and schools

In an earlier notice issued by the Government of Sindh,  following areas have been highlighted as danger zones:

Relevant authorities have been alerted in the province, especially in the capital. Law enforcement agencies have amplified snap checking so that any shady vehicle can be easily intercepted.

There have been around 8 back- to- back attacks in Lahore, Peshawar, Sehwan Sharif and Charsadda. Just within the past month, more than 100 people have been killed in terrorist attacks all over Pakistan.

Karachi Threat Alert: List of Areas That Are Danger Zones