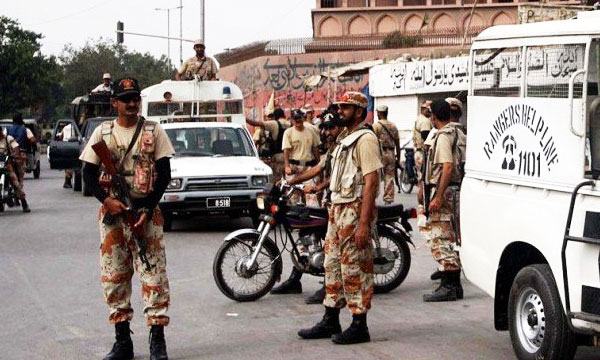 The last week in Karachi has seen an enormous rise in street crimes as Rangers have handed over the law and order situation to Police officials in the city.

The gangsters and criminals are free to roam the city. Recent reports on mobile snatching on gun point have once again begun to terrify Karachites.

The people of Karachi had witnessed a drop in street crimes like phone snatching since September 2013 when the Rangers were deployed in the city to oversee the law and order situation.

Although there have been no major incidents in Karachi, the political, social and trading sectors have asked the provincial government to make Rangers permanent in Karachi. There seems to be no response from the government as they have been denying the heightening crimes in the area.

A summary asking for a 90-day extension in Rangers’ services was forwarded to the Sindh Chief Minister, Syed Qaim Ali Shah on the 5th of April. His decision is still pending.

What do you think of the increasing Karachi street crimes? Let us know in the comments below.