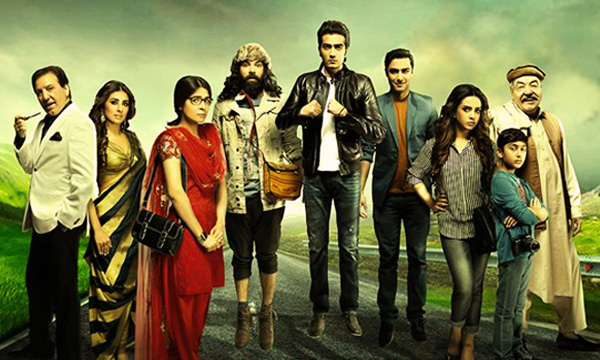 Karachi Se Lahore’s team has been invited to premiere their film at Hollywood. This much-awaited film of the year has set a record to be the first Pakistani film to conduct its premiere at Los Angeles.

Much excited and nervous Ayesha Omar, known for her comic role of Khoobsurat in top-rated comedy show Bulbulay; broke this news and expressed her high spirits for the upcoming movie.

When asked about the response received on the trailer, she confidently remarked that none of her colleagues or friends gave a single negative comment. Ayesha exclaimed that her team members are equally excited to conduct the premiere of their film in Hollywood. This makes it the first Pakistani film to have a premiere at Los Angeles.

Speaking of this wonderful opportunity, Ayesha said, “Going to the Hollywood premiere is like a dream come true. We are proud to represent Pakistani cinema on a global platform.”

The film will be released worldwide including countries like UAE, UK, New Zealand, Australia and the US. While in Pakistan, the movie will hit the cinemas on 31st July 2015.