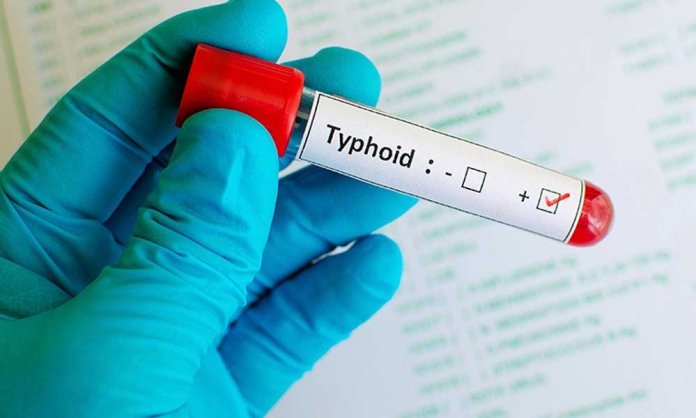 November 20th, 2019: Conjugate Typhoid vaccination drive by the Government of Sindh came under fire after several students of a private school in Karachi went unconscious.

After this incident, the Chairman of the All Private Schools Management Association requested the Government of Sindh to look into the matter and assure further mishaps will be avoided.

Now, pediatricians are urging parents and guardians to consider this immunization campaign and encourage them to vaccinate their children.

Drug-resistant typhoid is extensively spreading in Pakistan, raising a high risk of antibiotic failure at a global level. Inhabitants of Sindh and Punjab are at higher risk. Vaccination of children is crucial as kids of the age group of 9mo. to 15 years are prone to catch the virus through water and food.

However, after the happenings of Monday, representatives from WHO, UNICEF, and Pakistan Child Specialist all claimed it to be baseless propaganda against the campaign and mentioned that the newly introduced vaccine is fully safe and would protect children from typhoid.

“TCV is a very safe vaccine and no serious adverse events are observed after its administration. This vaccine is prequalified by WHO which means that its production is rigorously monitored by WHO. TCV is recommended for use by WHO because it’s safe and effective in granting the protection [against XDR typhoid],” WHO representative in Pakistan Dr Palitha Gunarathna Mahipala.

Furthermore, health authorities in Sindh have said that almost 1.7 million children were vaccinated in the past two days and the drive will continue till the target is achieved.

The vaccination drive is conducted by the Government of Sindh to curb the increasing infection rate in children and teenagers.

The drive targeted all private and government schools in Karachi, providing free vaccination to students of urban areas.

But on Monday, November 18th when the first round of vaccination drive started at a local school in Karachi, 6 students collapsed after getting vaccinated due to unknown reasons. These students, age 11 to 14 were rushed to the hospital where they gained conscious after immediate medical assistance. Though doctors couldn’t find any specific reason for the worsening condition of students at the moment.

The parents of the affected students protested outside the school. The Chairman of the All Private Schools Management Association sent a video message requesting the Sindh government to look into the matter and take charge of the situation immediately.

This immunization campaign is using a newly developed shot introduced to prevent typhoid infection in children aged 9th months to 15 years. The campaign initially includes urban areas of Karachi and later it will spread nationwide. The infection outbreak in Pakistan is majorly infecting children of the age 5 years to 15. Before the drive started Minister of Health expressed his high hopes:

“Beginning the vaccination in urban areas is critical in preventing the disease among the communities most at risk,” -By Azra Fazal Pechuho, Sindh’s provincial minister for health

After yesterday’s incident at a private school, the immunization drive is at a halt and we are yet to hear a comment from the Government of Sindh.

Are you taking any preventive measures for typhoid fever? Share with us in the comments below.

Stay tuned to Brandsynario for all the latest news.