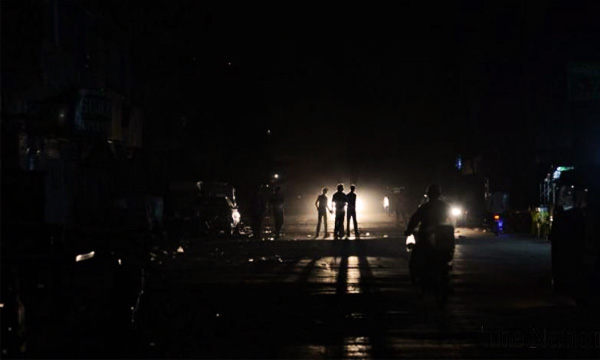 Several parts of Karachi have leaped into darkness as 500 KV high-tension backup power lines have tripped near Jamshoro in the early Friday hours; this caused a widespread power breakdown, according to Express News.

As per the K-Electric officials, the backup power line is being repaired that is crucial for essential to restore electricity.  However, the officials did not comment on when the power will be restored.

It seems like a major power break down in #Karachi again!! Entire #PECHS black out & @KElectricPk copy pasting same thing to everyone

In other news, a fire broke out in a building situated near Bahadurabad Chowrangi in Karachi, reports Express News. The fire brigade officials confirmed that they are trying to extinguish the fire.

“A multitude of fire tenders are being used to put out the fire,” an official said.

There was no loss of life or casualties reported until the filing of the report.

Abdul Rasheed Gondal, Muttahida Qaumi Movement (MQM) MNA and Chief Fire Officer were also there at the site of the fire incident.