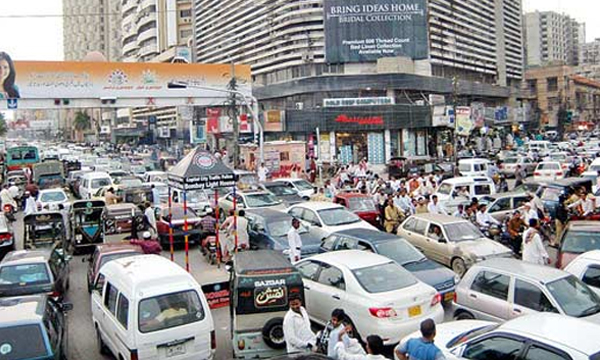 Citizens have been reported to be stuck for hours. Many took to social media to voice their woes!

Avoid qayyumabad/baloch route, the traffic is insane there #Karachi

The reason for traffic jams remains unknown. However, it is to be noted that result of the controversial Panama Case is to be announced today.

Karachiities have been advised to stay safe! Delays are expected. Hence, it is advisable that people plan their engagements likewise.