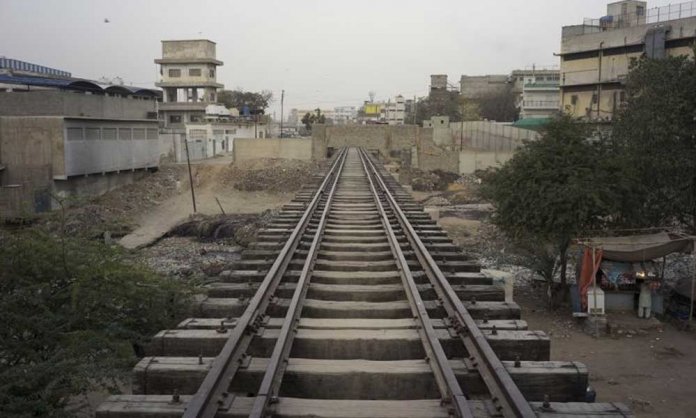 The Circular Railway land is next on the hit list of the anti-encroachment drive which has been going on in Karachi for the past few weeks now.

The drive will begin from 11th Dec 2018, informed the additional deputy commissioner on Monday.

Illegal encroachment on the land will be demolished as Railway and District administration officials visited the Gharibabad railway track to survey the land.

However, as the officials reached the area, many store owners, who had illegally set up a local furniture market, had already cleared up.

While speaking to the media, Deputy Commissioner Wasimuddin stated:

“Today, we have just come to issue a warning to those who have set-up illegal stores and from tomorrow we will begin to raze the encroachments.”

He went on to add:

“In the first phase, Gharibabad furniture market will be razed and the railway track will be cleared,”

Over 10 points of the Karachi Circular Railway have illegal encroachment and houses have been constructed near the railway track points, while the land is also being used for parking.

We have yet to see how the official authorities are to deal with the matter and what is next on their ‘To-Do’ list.