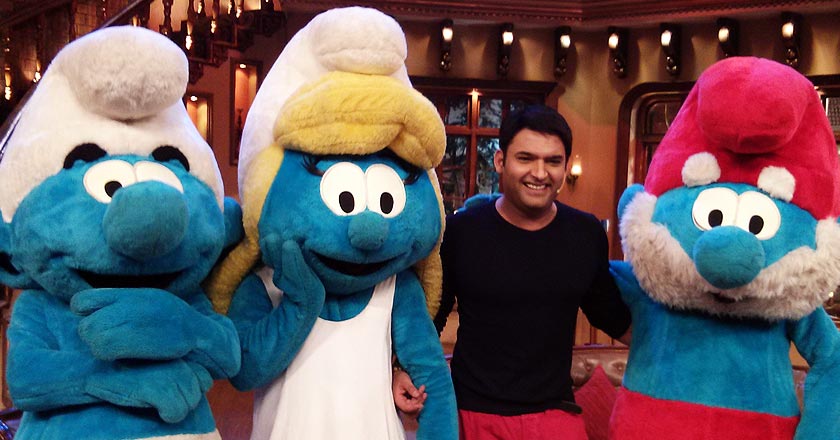 The comedy nights star Kapil Sharma has become a television celebrity and a household name. According to The Times of India, Sohail Khan has signed Kapil Sharma to host the extra inning for his famous Celebrity Cricket League, and according to sources the comedian has charged about Rs 1.25 crore for the job.

With ever growing TRPs and popularity among local and international audience, Kapil has become a hot commodity in the television industry in India.

According to the current ratings Kapil has become the highest paid stand-up comedian in India and his recent contract with Sohail Khan has placed him right at the top of all the other television hosts in the country.

Kapil Sharma has touched the peak. His show ‘Comedy Nights With Kapil’ is highly appreciated by the audience. Kapil has made his way in Forbes India’s ‘celebrity 100’ list.

“Thank you god and my fans for making it possible”, Kapil posted on Facebook.

CCL is a treat for all bollywood lovers out there as it packs a performance by Honey Singh Meanwhile, actors likeAyushmann Khurrana, Randeep Hooda, Sameer Kochhar, Ali Zafar,  Armaan Kohli, Sachiin Joshi, and  Zayed Khan will be seen in action on the field.

Alongside Kapil, Mandira Bedi will be seen hosting the event who seemed equally excited to work with the king of comedy. “I don’t know how I will host the show with Kapil on my side because he is the funniest man I know,” says Mandira.

CCL guarantees entertainment and glamour like never before in its new season and with Kapil on board it looks like Sohail Khan is on the right track to make it a hit among the local audience.