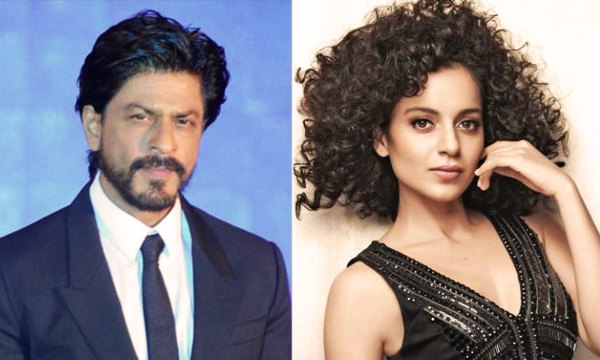 For weeks now we have had rumors flying around of a possible film starring Kangana Ranaut and King Khan. Yesterday the news was pretty much confirmed when the Queen Actress agreed to the news report given out by IANS.

Talking at an event, the actress gave us the low down about the much-awaited pairing of two most sought after actors of Bollywood.

“Sanjay sir just spoke to me about the film, saying that he wants to make it with me and Shah Rukh sir,” she said, confirming the rumors. The film is set to be directed by none other than Sanjay Leela Bhansali, popularly known as SLB. Sanjay is known for his box office hits that include Devdas starring Shah Rukh Khan, Aishwarya Rai and Madhuri Dixit, Black starring Rani Mukerji and Amitabh Bachchan, Mary Kom starring Priyanka Chopra- based on the life of Indian boxer, Mangte Chungneijang Mary Kom. His latest hit included Bajirao Mastani starring Deepika, Ranveer, and Priyanka.

According to the latest update, Kangana Ranaut will play the part of the leading lady in the movie, opposite King Khan.

With both the actors having a jam- packed schedule ahead of them with their own respective film releases and film shoots, we can just wait for these two to finally gear up for the highly anticipated SLB flick.

SRK has recently started shooting for Imtiaz Ali’s upcoming venture ‘The Ring’ in Prague. He is also to do a cameo appearance in Fawad Khan’s Ae Dil Hai Mushkil.