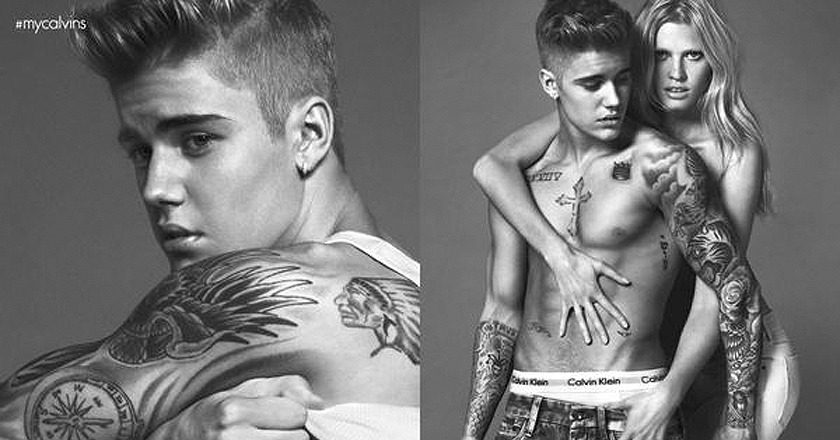 After launching some of the most renowned names in global media and fashion industry, Calvin Klein just shocked the world with Justin Bieber as its brand new face of 2015.

Famous for its string of controversial sexist ads, Calvin Klein has launched many famous actors including the pop star ‘Marky Mark’ and Kate Moss.

This time, the brand has certainly taken a risky shot given the divisive reputation of the 20 year old Canadian singer and song writer who also posted the print ad shots on his social accounts.