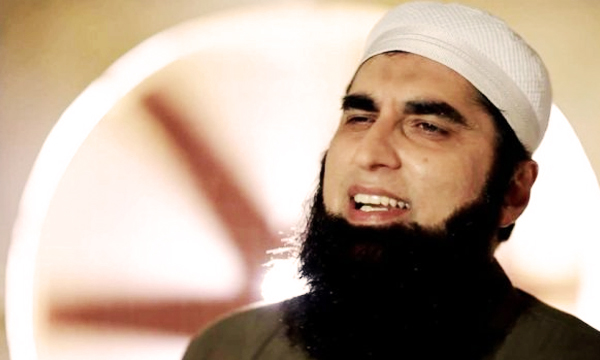 The renowned singer turned religious scholar, Junaid Jamshed is believed to be on board the ill-fated Islamabad-bound PIA flight that crashed near Havelian today, Wednesday. Junaid Jamshed and his wife were also passengers on the flight, confirmed Junaid Jamshed’s brother. Reports reveal that the scholar’s manager has confirmed that he has passed away in the crash!

According to Dawn News, Junaid Jamshed, and his wife’s names were on the confirmed passenger list. 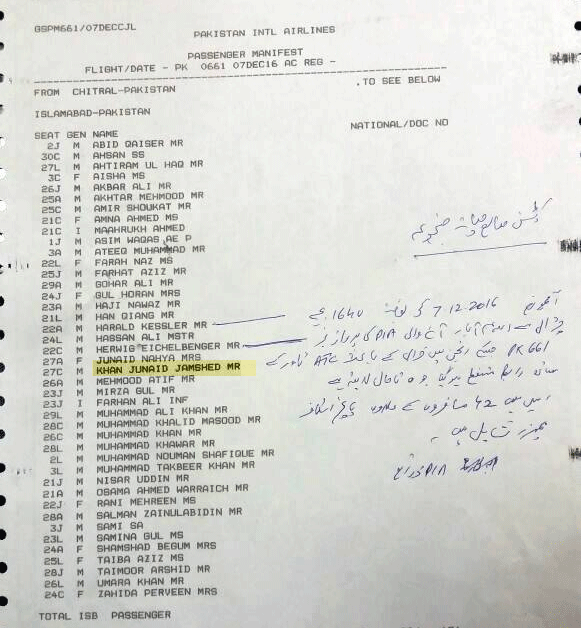 Rescue and relief operation has been started and there seem to be no chances of survival- 9 bodies have been retrieved until now.

According to his recent update on Facebook, Junaid Jamshed was in Chitral on Saturday with peers:

Junaid Jamshed’s close friends and fans are shocked and saddened by the news!

Celebrities like Qurat ul Ain Baloch, Shoaib Malik, Fakhr-e-Alam and others expressed their sorrow over the shocking news.

Junaid Jamshed has left us in the most devastating way. Shocked and heartbroken. #PIAcrash

It is confirmed that my friend & neighbour Junaid Jamshed was indeed on the unfortunate flight. Allah have mercy. #PIA

Request to TV channels- Pl don't show Junaid Jamshed's music life that he had left many years ago. Remember him as a preacher of Islam.

My heart is drowning in sadness to learn about the air crash of Pia.. news feared my friends Junaid Jamshed and alay Akram was in it 2..

Junaid Jamshed of Pakistan died in a plane crash in Pakistan.

"Junaid Jamshed" Will be missed, He serve great to us, #Allah knows best. May Allah give him place in paradise
RIP!!! pic.twitter.com/IpTOeOGSNN

Allah have mercy on the 47 dead from PIA flight PK 611, feared to include Junaid Jamshed and his wife.

According to the sources Junaid Jamshed was on board in the same flight with his Family which Crashed in #Chitral , Please pray for them pic.twitter.com/SSdMLzg5iy

Allah Khair. Allah Khair. Junaid Jamshed was on the plane says his sister. Just spoke to her.Please pray for all passengers to have survived

PIA spokesperson, while talking to Express Tribune stated, that flight PK-661 disappeared from the radar once it took off. It has crashed near Havelian and

“We regret to inform that PIA’s ATR-42 aircraft operating as PK-661, carrying around 40 persons lost its contact with the control tower on its way from Chitral to Islamabad a short while ago. All resources are being mobilized to locate the aircraft. Media will be kept informed as the situation develops,” Danial Gilani PIA spokesperson said in a statement.